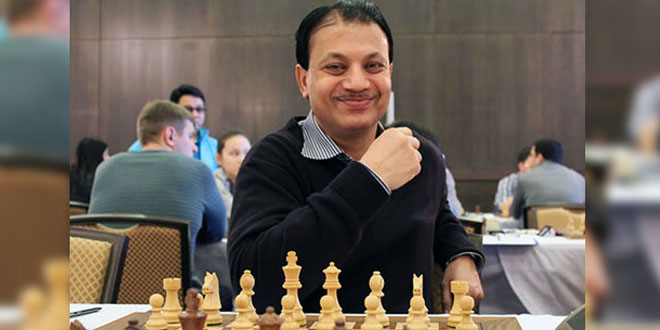 Pakistan’s international chess-master, Mahmood Ahmed Lodhi, triumphed at the 6th edition of the Asian Chess Championship, which was held in Lareston, Iran on Thursday.

Lodhi reached the podium through his extravagant skill of exceptional chess playing. He was unbeaten throughout the event, bagging 86 points, courtesy of six wins and two draws respectively.

Speaking to APP, Lodhi expressed his delight by saying, “I have been waiting for this great moment for long and finally it came.”

Lodhi has quite a repertoire in the national level of chess. The 54-year old has won a staggering 14 national titles. By winning the Asian Championship, he has achieved the accolade of Grand Master (GM) for the second time in his illustrious career.

He further added that his main aim is to become the Grand Master and he wants the full support and funding from higher officials to regularly play in the international circuit.

“I hope I will get the respect, support and patronizing for my triumph which a country’s top player deserves,” said the star chess master.