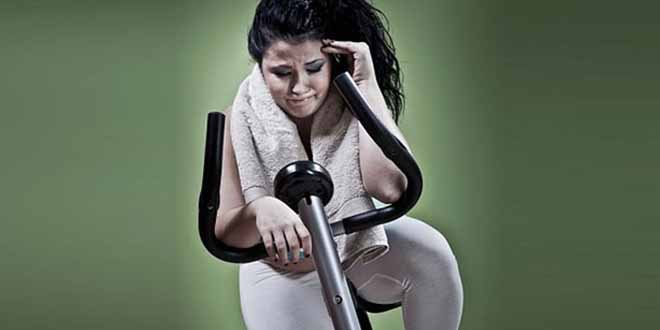 Obesity is one of the leading problems in many parts of the world. Obese people are at a higher risk of being prone to various cardiovascular diseases along with diabetes. So, everyone knows exercise helps us reduce fat, but not many know how it helps us reduce fat, the procedure, the timings and its benefits. In order to understand that, it is essential to know the kinds of fats found in the human body, wondering which fat has to burn and which needs to be preserved? We tell you how to get there, read on ability to accumulate fat in large quantities and if this fat is not burnt, it has the tendency to cause various problems for an individual.

Researchers these days are finding new ways on improving health of the people by suggesting various techniques backed by science. Humans have an amazing body and it is surprising about the way fat works. Fat is found throughout the body and would accumulate itself almost anywhere; this biologically active tissue is used by our body to store energy and hormones along with other substances to alter the functioning of our bodies. A report by Harvard Health has stated, fat accumulated in excess amount secretes harmful chemicals which are the prime reasons for various diseases that account for fatal threats towards obese people. Our body basically has two types of fat namely white fat and brown fat; each is quite different from the other in terms of composition and functioning. White fat is in the form of large droplets which store energy and nutrients while brown fat is composed of small droplets and is responsible for generating body heat. It has been found that some mammals tend to have brown fat throughout their lives while humans have rich stores of brown fat only as infants, as infants they have to maintain a certain body temperature. It was thought that brown fat is lost over the years as all humans age, but studies have shown that humans tend to retain a small amount of brown fat as they grow older, and the people who are thinner have a greater amount of brown fat as compared to those who are obese. Two studies carried out at American diabetes Association and National Institute of Health has revealed that, both in humans and animals, increased physical activity tends to make the white fat act like the friendlier brown fat, which is more beneficial for humans. This serves as an inspiring force, motivating various people to be more active and be more open towards exercising. Exercise makes white fat metabolically more active thus training it to be more beneficial. This study clearly shows how important it is for humans to indulge themselves into some sort of physical activity where they would be able to not only lose excessive weight but also save themselves from cardiovascular diseases, diabetes, metabolic syndrome, cancer and various other diseases. The key towards keeping yourself fit and healthy is to exercise regularly, which advocates towards greater metabolism and leads to fat loss. This, accompanied with a diet that isn’t too high in carbohydrates will do wonders.

Exercise helps for stronger bones and muscles, improving your physical appearance and also keeping you more active not only physically but also mentally. The importance of exercise has been clearly shown by various studies which imply that a little workout would be definitely beneficial.