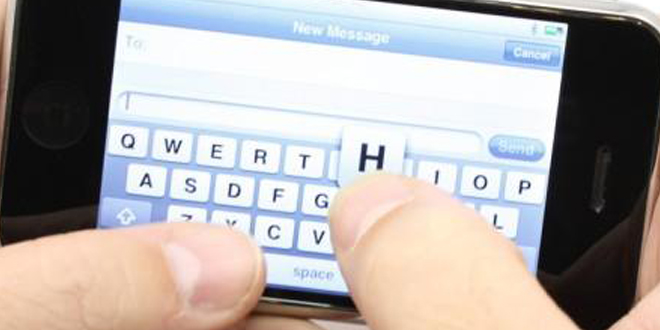 According to a recent study on coronary heart problems, 352 patients were enrolled in a six months program where they received four cellphone text messages per week that encouraged them to live a heart-healthy lifestyle.

Messages focused several health tips such as exercising more, cutting salt consumption and quitting smoking. There results were compared to another group that had coronary heart diseases but did not receive any messages.

The study found that patients who received messages had lower levels of low density of bad cholesterol, lower BMI and lower blood pressure compared to the other group – control group. These patients were also more likely to have quit smoking and had increased physical activity.

The researchers have called the study, “TEXT ME” (Tobacco, EXercise, dieT Messages). Its trial is the most recent attempt to use everyday technology like cellphones to fight cardiovascular diseases.

Researchers claim that studies using services like TEXT ME have shown promising results and have demonstrated that even simple messages can alter human behavior and improve patient’s profile, in the short run.

They say that the trails should be exceeded to weight loss and cessation of smoking.

Whereas, other than just text messaging, thousands of apps are present which help monitor heart-health, but negligible research has been done on them or on their effectiveness, stress the researchers.

TEXT ME has although shown promising results but like any other research has its limitations. The researchers are worried about the fact that the study was conducted in a single location in Australia and its effects on other societies or countries are still unknown. Adding to this, many of the potential participants had to be removed from the research because of language barrier, or even because they didn’t have cellphones.

The researchers recommend that future studies should focus on a broader horizon with more patients and a larger setting.

The study with its editorial was published yesterday, September 22, 2015, in the Journal of the American Medical Association, commonly known as JAMA.