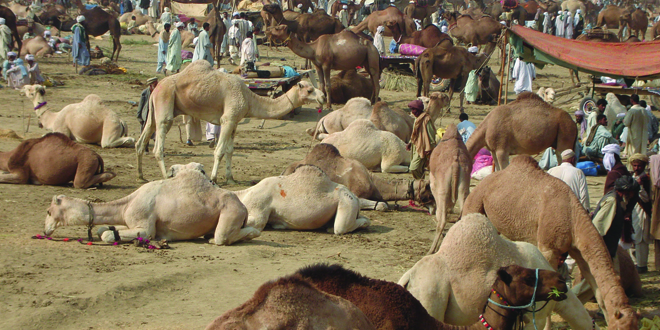 Ban placed on slaughtering camels during Hajj in Saudi Arabia

The Saudi Arabia Ministry of Health has placed a ban on slaughtering camels during Haj in the kingdom because camels have been identified as carriers of the Middle East Respiratory Syndrome (MERS) coronavirus.

Since June 2012 when scientists first discovered the virus, the number of infected individuals has gone up to 1,225 in the kingdom.

The Grand Mufti Sheikh Abdul Aziz Al-Asheikh had issued the decree for the protection of pilgrims, according to Faisal Al-Zahrani spokesman for the ministry. The fatwa states that individuals and families can use sheep or cow.

According to the Ministry of Agriculture 7,700 out of the 233,000 camels in the kingdom, approximately 3.3 percent, are infected with MERS virus.

Al-Zahrani said the ban placed on slaughtering camels covers the entire Kingdom, which includes the Burmese community in Makkah. According to Abdulrahman Abdulkarim, an official at the Reconciliation Council at the Mount of Ohod in Madinah, the Burmese community collects money to buy camels every year and traditionally sacrifices, with people sharing the meat of the animal. Breaking tradition, they now have to use lambs.

Although, no official confirmation has been received of the ban, several merchants that trade in camels have stopped buying them, instead purchasing sheep and cows.

Of the total number of individuals infected, 521 victims have died, 633 have recovered and 71 are still under treatment, including 16 new cases in the recent days.