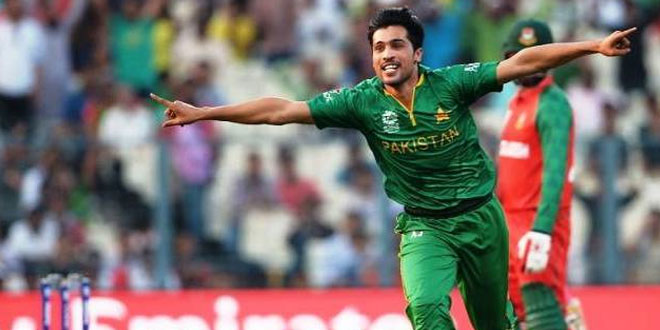 Amir aspires to be the best

Pakistan left arm fast bowler Muhammad Amir aspires to become the world’s best bowler as he returns to the international stage yet again after his five-year ban from the game.

Speaking to Michael Atherton in an exclusive interview for Sky Sports, the left arm prodigy expressed that he couldn’t handle yet even touch the cricket ball for a long period of three years.

Amir expressed his grief as he said: “Life was very tough and hard at that time and I even thought that I might not play ever again.”

He added: “The memories of that time are bad, but they have compelled me to learn new things and have also assisted me to become a better person and a better cricketer.”

At the thought of representing Pakistan again on the international stage, Amir delightfully said that, “It’s very special for me to be representing my country again and at the same place which it ended; same team, same crowd. I think for me it’s a miracle, but dreams come true.”

Amir also expressed that, “ I want to be the best cricketer I can be for my country. If I work hard, the main aim for me is to be the world’s best bowler.”

Amir will be looking to spearhead the bowling line up as Pakistan looks to head up to England for a full-fledged series which commences later this month.