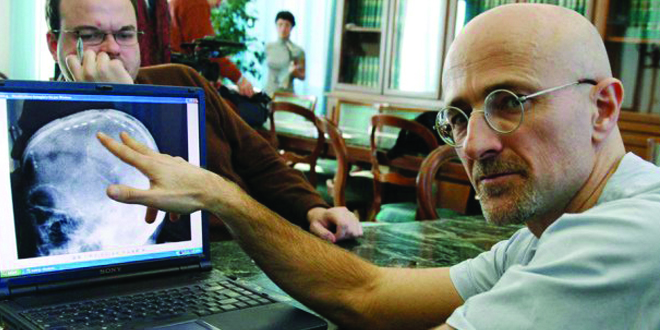 A 36-year-old man has undergone the world’s first successful head transplant. The ground-breaking operation took a team of surgeons 19 hours to complete and has allowed the patient to be cancer-free.

Paul Horner, who was diagnosed with bone cancer five years ago, was on the verge of death when he was approved for the controversial and possibly deadly operation.

Dr Tom Downey, who as a part of the South African team that carried out the operation, told CNN he is thrilled about the results.

“It’s a massive breakthrough,” Downey said. “We’ve proved that it can be done – we can give someone a brand new body that is just as good, or better, than their previous one. The success of this operation leads to infinite possibilities.”

Surgeons at Charlotte Maxexe Johannesburg Academic Hospital in Johannesburg carried out the operation in February, but waited until they could confirm it was successful before they made any public statement.
Downey spoke to reporters about the complexity behind the first ever head transplant.

“This procedure is another excellent example of how medical research, technical know-how and patient-centered care can be combined in the quest to relieve human suffering.”  The operation was led by Prof Myron Danus and took place on Feb 10 this year.

“Our goal is for Horner to be fully functional in two years and, so far, we are very pleased by his rapid recovery,” said Danus. “Before the operation, Horner’s body was riddled with cancer and he had less than a month to live. We were fortunate enough to find a donor body; a 21-year-old man who has been brain dead from a serious car accident that happened in 2012. The boys body worked just fine, but his brain was not functioning whatsoever, and there was absolutely no chance of recovery.”

Danus continued, “We received approval from the young man’s parents to use their son’s body to do the operation. They were extremely happy their son could save a life even in the vegetated state that he was in.”

Doctors say Horner has made an 85 per cent recovery; walking, talking and doing the normal things a healthy individual does.