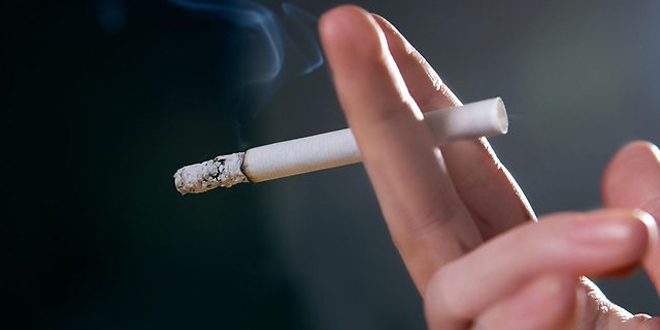 What happens to your body when you quit smoking?

It’s never too late for anything, not even when it comes to quitting a habit as addictive as smoking. It must’ve crossed your mind every once in a while, or a harmless advice by a friend must’ve called for a consideration to end the habit.

There are a bunch of reasons that lead people, especially smokers, to adopt smoking: stress (may be because of exams or a stressful relationship), peer pressure, desperate attempts to fit in and the likes. That’s not the point though; the deed is done and is being done over and over again.

Often times, people are told about the hazards of smoking in an attempt to get them to give it up. While that strategy may work for some, it doesn’t for many. Clearly, since the pack of cigarette itself shouts in bold letters about the disadvantages of smoking with very vivid pictures of real life cases, discussing the cons of smoking isn’t helping.

There is obviously a need for a better strategy. For a change, let’s talk about what happens to your body when you give up smoking instead of what happens to it when you don’t. The following read will be more like a journey to make you understand what it’ll be like to quit smoking.

2O MINUTES AFTER YOUR LAST SMOKE

As aforementioned, it’s never too late. Any time is the right time to quit smoking, because within 20 minutes after your last cigarette, the human body starts showing signs of betterment. The heart rate starts going back to normal and so does the blood pressure.

TWO HOURS AFTER YOUR LAST SMOKE

Further into time, the blood pressure and heart rate drop down to near normal levels. An important thing to note here is that nicotine withdrawal symptoms start becoming vivid about two hours after the last smoke. These include increase in appetite, anxiety and decreased sleep.

12 HOURS AFTER GIVING UP

Here is the good news: carbon monoxide levels start decreasing and going back to normal about 12 hours after quitting.

A DAY AFTER QUITTING

A day after giving up cigarette smoking, carbon monoxide has been removed from your body. This carbon monoxide that was preventing the transport and take up of oxygen to the different cells, tissues and organs of the body can’t do that anymore, making transport less hindered than before. Also, at this point, the lungs start getting cleared from the mucus and smoking debris, making breathing easier.

TWO TO THREE WEEKS AFTER YOUR LAST SMOKE

While engaged in everyday smoking, it is inevitable to feel out of breath at the slightest of exercise. Two to three weeks into non-smoking, you will start to feel less winded and more physically able to indulge in exercise. The reason behind this change in your body is due to a number of regenerative processes that take place. These include:

THREE TO FIVE MONTHS AFTER QUITTING

At this point, there is marked betterment in blood circulation. Also, the lungs start clearing up even more, and any wheezing must now be reduced by a great amount.

One of the most important consequences of quitting smoking is the decline in the risk of long-term diseases. The probability of a heart attack in a person who has quit smoking for about five years is almost half compared to a smoker’s.

So there you have it: seven stages which show just how effective leaving smoking could be for you. Try incorporating this timeline in your mind the next time you light a cigarette. It might help you reconsider.