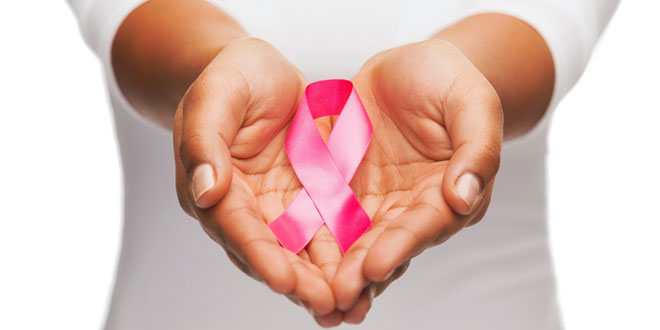 Women 50 and older should get a mammogram to screen for breast cancer every two years, while women in their 40s should decide with their doctors, said US guidelines Monday.

The newest recommendations by the US Preventive Services Task Force stoked new controversy over what is best for women, who not long ago were urged to get a mammogram every year starting at age 40.

The guidelines are based on findings from six independent research teams, which crafted “simulation models to analyze 10 different digital breast cancer screening strategies for the average-risk US female population,” said a description of the work in the Annals of Internal Medicine.

The new guidance accounts for the latest scientific data on the potential harms — such as over-diagnosis, false-positives and benign biopsies — of screening using digital mammography.

It also takes into account knowledge about molecular subtypes of cancer as well as how breast density plays into risk.

“Mammography screening every two years for average-risk women ages 50 to 74 offers a favorable balance of benefits to harm,” said the guidelines.

However, lead investigator Jeanne Mandelblatt of Georgetown Lombardi Comprehensive Cancer Center cautioned that “it’s important to remember that none of us is the ‘average’ woman” and that family history and other risk factors must be considered.

“The bottom line is that mammography saves lives,” she added.

“When to start screening and how often to undergo mammography is a personal decision. No model can provide those answers.”

Some outside experts raised concern about how younger women would interpret the guidelines, and the potential for fewer to seek screening.

“While the new guidelines still state women in their 40s can go forward with mammograms, they suggest that mammograms are not required,” said Stephanie Bernik, chief of surgical oncology at Lenox Hill Hospital in New York.

“Unfortunately many women will take this as a signal that mammograms are not beneficial.”

According to Nina Vincoff, chief of breast imaging at Northwell Health, mammography “is not perfect,” but she said women in their 40s should not discount the importance of screening.

“Women need to understand that if they start having mammograms later, they risk having a cancer that is detected at a more advanced stage, which may require more extensive treatment or which may no longer be curable.”

The latest guidelines come on the heels of the American Cancer Society’s recommendations issued in October 2015, which urged women to wait until the age of 45 before getting an annual mammogram to screen for breast cancer.

The American Cancer Society previously recommended women be screened each year from age 40, but said it changed its advice because evidence failed to show enough lives were being saved.

For the task force guidelines, research was led by the Cancer Intervention and Surveillance Modeling Network (CISNET), and funded by the National Cancer Institute.

Researchers considered screening strategies starting at age 40, 45 or 50, with one- or two-year intervals between screening exams.

The recommendations, based on a review of new research, are the same as those issued by the group in 2009.

They say screening earlier or more often “prevented a small number of additional deaths, but also caused a larger number of false positive mammograms and benign biopsies, and led to more over-diagnosis and over-treatment.”

Overall, the likelihood of a woman getting breast cancer in her life from age 40 to 100 is 12.9 percent, the report said.

The strategy also “leads to 953 false positives and 19 over-diagnosed cases.”

Over-diagnosed cancer implies the discovery of a small tumor that might not be life-threatening.

When women in their 40s are added to the equation, screening every two years “averts one more death per 1,000 from breast cancer and generates 576 more false positive tests.”

“Help Me Help Myself” – Early Detection Can Save Lives

Losing A Mother To Breast Cancer