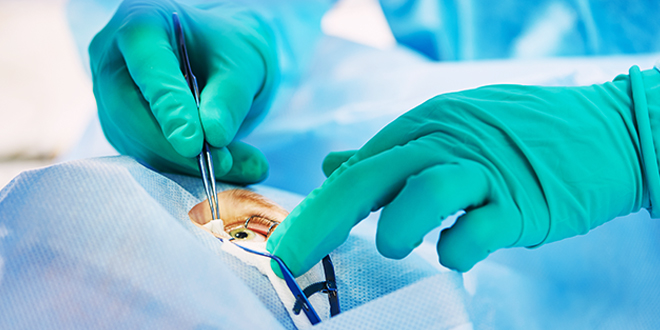 Medical science is being developed everyday as new diseases have been coming as a challenge to doctors and researchers.

Every year, science takes a step forward; similarly 2015 has been a major success for science. The top ten medical discoveries of 2015 are:

A biochemist, Philip Hogg, discovered a drug which can be the cure for cancer. The molecules of his drug do an amazing job: they stop the cancer cell from dividing and kill them. Another significant feature of the drug is that it doesn’t affect healthy cells and only focuses on cancer cells.

It was tested on mice and the tumors shrunk. It will be tested on humans next.

Leukemia is a disease in which blood producing organs such as bone marrow produce abnormal blood cells.

An international research has led to the development of a new drug called “Idelalisib”. This drug has improved survival in patients suffering from chronic lymphocytic leukemia. Many treatments before this drug didn’t show any positive affect but this drug is likely to show improvements.

A team of researchers from Monash University, University of Melbourne, Walter and Eliza Hall Institute of Medical Research, University of Strasbourg, France and the Scripps Research Institute, United States have discovered an enzyme which can be a major breakthrough for cure of heart diseases which include heart attack and strokes.

This enzyme reduces build-up of blood clots which block the arteries and also keeps the blood sticking to the site of injury. This new discovery can be an alternative for therapies and blood-thinning drugs.

One of the greatest discoveries of 2015 is the cure for river blindness. River blindness is a parasitic infection which is caused when bit by black flies which breed in rivers.

Two scientists, William C Campbell and Satoshi Ōmuraworked, formed a compound called “avermectins”. It is a medicine which is used to prevent river blindness. The scientists won the noble prize of 2015.

Alzheimer is a disease in which the patient suffers from memory loss and other mental dysfunctions.

Scientists at Duke University have researched Alzheimer in mice and discovered a new process which might be a step forward towards the cure of the disease. The researchers recognized that in the disease, immune cells consume a nutrient called ariginine.

The researchers used a drug which blocked the process and were able to stop formation of plaques in brain, which are a sign of Alzheimer. They were also able to stop memory loss in mice.

Acne is a common problem among young adults. A possible treatment for this problem is discovered by researchers.

In the study, it was discovered that a bacteria called Ammonia-Oxideizing bacteria digests ammonia. Ammonia is a common component of sweat. Sweat is a major cause of acne. Therefore, this bacterium can be used in creams to remove acne. A test also proved this bacterium worthy. People used the cream with the bacteria and there were positive results.

Hair loss is one of the most feared outcomes of old aging, trauma etc. Hair loss happens when hair cells lose their ability to reproduce more. Scientists have worked on producing new hair cells and have found solution.

They said that to reproduce hair cells they had to study their reproduction naturally. They studied the behavior of hair regeneration in mice babies. Scientists at Rockfeller University, after studying the genes of new born mice, created a protein. This protein was later tested on mice and they got a positive result.

Scientists from the University of Sheffield came up with a drug named zoldronate. This drug is found useful for increasing lifespan of stem cells by reducing DNA damage.

DNA damage leads to aging because of which stem cells lose their ability to repair damaged cells. Scientists made this drug which will protect from damage to DNA which would eventually enhance survival of a person.

Scientists in the Queens Mary University of London have researched on high blood pressure and have obtained the information that drinking juice of beetroot can help because inorganic nitrates in beetroot turn into nitric oxide which relaxes blood vessels thus lowering blood pressure.

People who take drugs for blood pressure and they don’t get the result, beetroot juice can be the perfect solution for them.

Dengue is a very serious disease among children. This disease is being spread throughout the world but up till now there hasn’t been a 100 percent cure for dengue.

Scientists have come up with the world’s first vaccine which is still not giving a 100 percent. Children have been tested with this vaccine and the result is that 60 percent were protected. The vaccine has still been able to keep children from being hospitalized.