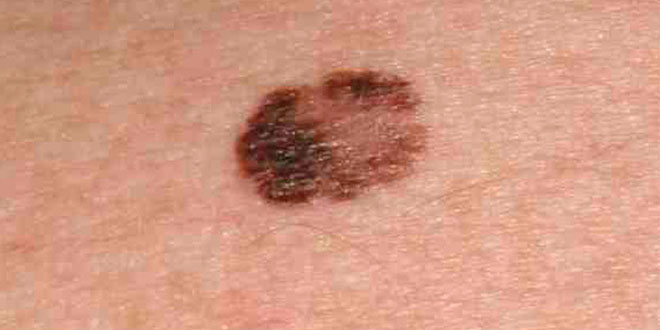 For those who are not familiar with melanoma, it is a fatal rendition of skin cancer which often appears as a black, unsightly skin fungus or, in a few cases, as a mole on the skin. This occurs as a by-product of various melanocytes.

The occurrence of this disease has increased over the past few years, therefore I believe sharing a list of its causes, symptoms, treatments and prevention with the public would be a good idea.

As mentioned earlier, this is a lethal skin cancer which appears to be a mild, unsightly skin fungus or mole.

Before anything else is stated, it’s mandatory that the causes of this deathly cancer be unfolded. Pathologically, it follows the same pattern as that of other diseases; a type of miniature cell ignites the fire. These are called melanocytes and are primarily located in the stratum basale of the epidermis of the skin or you can say that these are located in the bottom layer of it. However, their presence isn’t fixed to just the stratum basale; they are also found in uvea in the eye, the meninges in brain, heart, bones or even in the ear.

Exposure to UV-B radiation causes an increased melanogenesis. Hence, it’s certainly the primary cause of melanocytes production and therefore melanoma. In the case of this particular disease, tanning beds or tanning devices also play a vital role in stimulating melanogenesis and the people who use them before reaching the age of 30 are thought to be 75% more susceptible than those who don’t, as per the International Agency for Research on Cancer. Since UV is the main cause, definitely pilots too are at an increased risk for it.

Various uncommon mutations that run from generation to generation in families can also be held responsible for melanoma. The mutated genes of CDKN2A and XP (Xerotoma Pigmentosum) bring about melanoma. Unfortunately, both these mutations are highly penetrative and hence have a higher ability to express the phenotype.

WHAT ARE ITS SIGNS AND SYMPTOMS?

Melanoma typically occurs on the skin. However, as rare as it can get, it may form in the mouth, eye or even intestines. In females, it may occur on the legs while in males it is said to occur mostly on the back. Nevertheless, a photo posted on July 8 on Facebook to spread awareness for this disease showed a woman showing the unsightly fungus growing on her nail. Therefore, it is indeed safe to say that it is physically possible for it to be found there as well.

Nodular melanoma, which happens to have the highest mortality rate among the other types, has its own and different symptoms which can be easy to learn this way:

HOW TO DIAGNOSE MELANOMA?

Biopsy is a widely accepted method to diagnose melanoma and its severity. It is performed under local anesthesia. After performing a dermatoscopic exam and a visual examination, the suspicious mole or fungus is examined. Among the various types of biopsies, elliptical excision has always been preferred as it makes it easier to remove the tumor; whereas punch biopsies have been unpopular for speeding up the growth of melanocytes.

Lastase Dehydrogenase (LDH) examinations are also effective, as the higher the LDH levels are, the greater this cancer has spread through the liver. Therefore, this is specifically to diagnose liver melanoma.

HOW CAN IT BE PREVENTED?

As the causes have been stated earlier, preventing them would bring about lesser susceptibility to melanoma.

A major reason that was mentioned before was exposure to the UVB rays, which of course arise from the sun. It would be impossible, at least in various ways, to “avoid the sun” so as to prevent melanoma, as sun is our major source of vitamin D other than other added benefits. Especially for those living on the equatorial regions, it’s rather difficult to boycott the sun. However, if the exposure is reserved from 9am till 3pm, then they can be considered safe.

Sun-screens high in avobenzone, zinc, and titanium are recommended as they block both UVA as well as UVB rays.

Conclusively, melanoma is a lethal skin cancer which initially appears to be as an unsightly fungus or a mole but upon a more macroscopic inspection – which is done through biopsy – it’s diagnosed as a cancer. This is caused by exposure to UVB rays hence rigorous use of sun block rich in the element zinc can be used to prevent it.