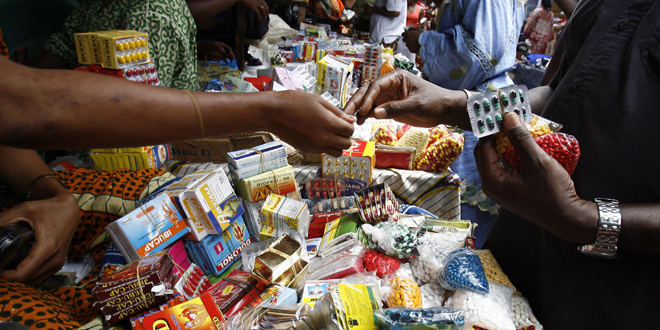 Fake, Expired Medicines Being Sold in Hospitals of Umerkot

Fake and expired medicines are openly being sold at the medical stores, in the villages and towns of the district of Umerkot, resulting in deaths.

According to sources, the unlawful business involving the selling of fake medicines is done under the supervision of the concerned department itself. These departments even help unregistered companies in production of low quality injections for heart diseases and headaches.

The Drug Regulatory Authority Officials are involved in the production and sale of unregistered and substandard medicines. People are falling sick due to the use of the poor quality, fake and expired medicines.

Fake and expired medicines are not something new to Pakistan. Crisis situations from these medicines in Past have although created amendments and changes on paper, but very less in practical.

Back in 2012, the sale of fake medicines turned into a crisis for Pakistan, when 100 people died due to heart related diseases as a reaction to a fake medicine being distributed free of cost. Almost, 40,000 were affected by the disease.

Back then, the Pakistan Medical Association (PMA) condemned that a lapse in quality control while acquiring medicines was the main reason for the deaths caused by drug reaction and demanded the federal and provincial governments to establish a drug regulatory authority.

The very same Drug Regulatory Authority is now acting as a shield for all the unregistered and substandard medicines.

As a result to the fake medicine case, Sri Lanka lowered its import of medicines from Pakistan as a precautionary measure. Moreover, the World Health Organization issued a global drug safety alert (no.125) calling for increased vigilance on the use of medicines manufactured by Pakistan.