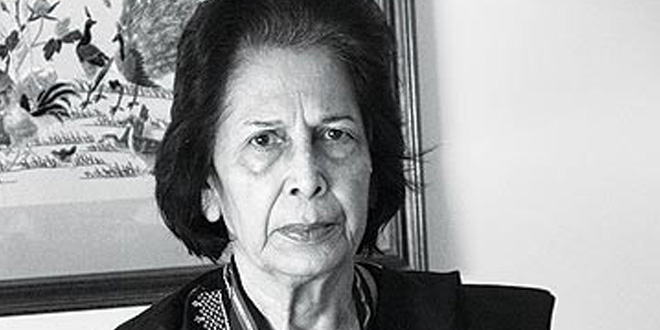 Justice Majida Razvi (R), Chairperson of Sindh Human Rights Commission has shown serious concerns over the meager state of the prisons and public hospitals in Sindh.

While speaking at a 2 day workshop, aimed to focus on “Human Rights Compliance: Monitoring and Report”, the retired Justice put forward the importance of good governance and insisted that prisons and hospitals should be facilitated and provided with essential services.

She has insisted the government take serious actions to bring an end to the miseries of the citizens and to curtail human rights violations in Sindh.

She condemned the use of billions of rupees which were supposed to be used for hospitals. Instead, a group of Mafia is utilizing it all. She described the current scenario of the health sector as ‘a terrible example of poor governance,’ and said that the money should be brought back to facilitate the welfare work of helping the poor.

She said that she had visited major state hospitals in the province and had figured that the majority did not have essential life-saving drugs and trained medical staff including doctors.

Highlighting the role of human right activists as defenders, she noted that during the time when society is facing severe challenges, the human rights activists should not only act as advocates but should enter the arena and provide victims of desecrations related to human rights with instantaneous shelter.

The audience was reminded that the Sindh province was the first to bring Human Rights Protection Laws in act and the first to establish the provincial human rights commission. She pressed the Sindh government to further empower the commission to make it a strong watchdog against any human right violation.

She further urged the government to take the best use of the commission, which could play a vitalrole in assisting Sindh, as well as the federal government in gratifyingglobal human rights obligationsas per the UN Charter.

On the occasion, other speakers suggested the role of the parliament to be vital in ensuring the human right protection.