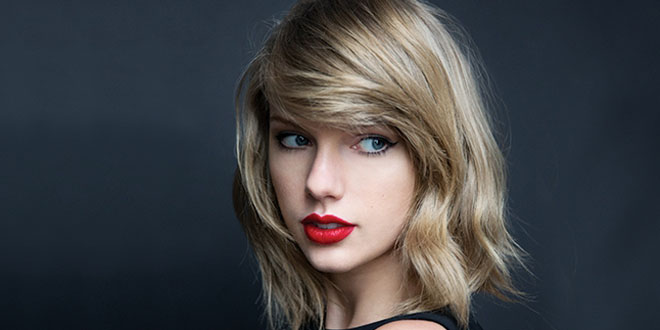 Is Taylor Swift getting hitched?

An enticing rumor is swirling around the music industry about the very famous couple, fondly called ‘Talvin’. Apparently our very favorite red-lipped girl Taylor Swift, 25, and the sexy Armani man and world’s highest paid DJ Calvin Harris, 31, are about to seal the deal.

Their relationship surfaced four months ago, and Taylor’s fans have seen many photos and public appearances of the couple together ever since. So far, it seems that Tay-Tay has found herself someone who is man enough to continuously brag about her and declare that he is insanely in love with her. Be it Calvin’s various tweets about Taylor and “being proud of his girl, who changed the entire music industry”, or his support for Taylor in all her decisions, Calvin seems to be the right man for her.

And it is high time that she finds the love of her life and have her happily-ever-after. Taylor has been on a rollercoaster of relationships, and for the pretty goldilocks, she hasn’t really been able to settle – till now, we hope.

Here is a list of the boyfriends she has had up till now.

The famous yet heart-wrenching break-up for Taylor which led to be an inspiration to many of her songs was short-lived, but they made it to being the highlight couple of that moment. The breakup is credited to media interference and scattering their relationship through scrutiny and major media attention. After Harry, Taylor took a long break from dating, till, of course, Calvin came to the sweep.

This cute fling was never much of a hope for her fans. Conor being 18 and preparing for college, was not as serious as Taylor hoped to be. She even bought a house to bring their relationship closer, which she sold after the break-up.

One of Taylor’s most serious relationships only happened to live for four months. Where it ended on a text by Jake, he also chartered a private jet to fly her out on a date. What a perfect date it would have been, one would say, but it led to Taylor’s song We Are Never Getting Back Together, which many believe was related to Jake.

We all know Mayor’s reputation when it comes to dating, but to break poor Taylor’s 19-year-old heart was harsh. She ended up writing the song Dear John which was pretty evident to how it all came down.

The two teen icons’ union was another short-lived relationship. But this time, it was Taylor (Swift) who was not so sure about this romance.

Joe was Taylor’s first A-list boyfriend whom she started dating when they both were upcoming stars. Joe ended the whole thing over a 27-second phone call. Ouch.

With all these breakups and bad blood of relationships, one can only feel sorry for Taylor. But, never fear, as the man with “style” comes head over heels to give her the final happy ending. It’s rumored that Calvin plans to spend over $500,000 over the engagement ring. Sources say,

“Taylor is into big chunky rings, so he wants to go big.”

He is also on the go to decide the location to where he will go down on his knee as Taylor has so many favorite places. After looking upon romantic Paris or Italy, he’s coming down to Nashville where she owns one of her houses.

Well, with all her “mean” ex’s, I guess Taylor has finally found someone to write his name on her “Blank Space”.