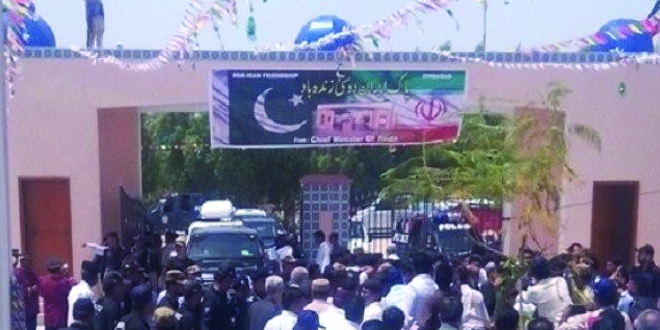 Sindh health minister, Jam Mehtab Hussain Dahar, appreciated the efforts of the government of Iran for setting up five hospitals in flood affected areas of the province.

Iran assists Sindh government in building hospitals in Thatta, Larkana, Shaheed Benazirabad, Badin and Khairpur and will serve the women and children of the province, for maternal and pediatric care.

Agreements to set up these medical centers had started in 2010, after the destructive floods.

While signing a memorandum of understanding (MoU) between the Sindh government and the government of Iran, Mr Dahar said that it is a ‘milestone’ in the history of the two neighboring countries.

“A generous movement of this scale from the government of the brotherly country, Iran, will further help strengthen the relations of the states and the people of both Iran and Pakistan.”

According to Secretary of Health Sindh, Saeed Ahmed Mangnejo, the government of Iran will bear the constructions costs while the Sindh government along with PPHI would take care of the hospitals including their financial matters.

The minister stated that out of the five hospitals being set by the Iranian government, Kausar Hospital at Khairpur, consisting of 40 beds, has already been inaugurated, whereas the other four are nearing their completion.

hospitals in Sindh by IranIran assists Sindh government
Comments
Loading...
Stay With Us