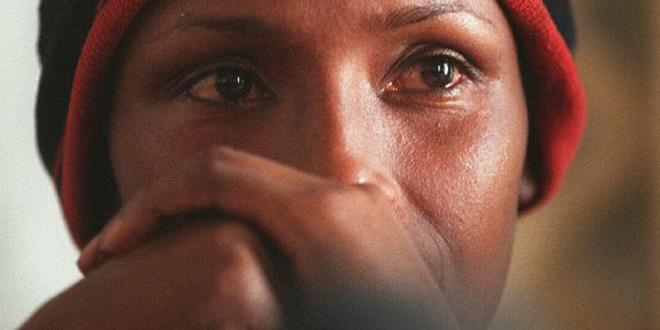 Female Genital Mutilation in Pakistan: Is It Justified?

Living in the 21st century in a developed and educated society, we have problems of our own; studies, job, daily routine, family issues and the likes. But little are we aware of some of the most primitive and downright evil practices that take place in our society.

We think the tortures in our community are limited to load shedding, expensive utilities and work related politics. However, the deeper we dig, the scarier the reality gets.

I read about female circumcision a long time ago, taking place in villages of Africa. It disgusted me, and I tossed the article aside; after all it was Africa, the land of cannibals and primal rituals. It was recently that I came across a few articles about these practices taking place here in Pakistan. Not only that but it was also noted in United Kingdom as well.

The theory behind this practice is that it lessens the ability of a woman to indulge in ‘illicit’ behaviors.  This ritual is not practiced in Islam as it has proven to have to no health benefits whatsoever and is excruciating. Not only is it unnecessary but has excessive complications during childbirth and intercourse. Besides that, Female genital mutilation makes a woman more prone to streptococcal bacterial infections as well as other fungal infections. It also increases chances of having cysts and even infertility.

The worst aspect about this practice is that it happens to girls when they are old enough to feel and understand what is happening to them – at around five to eight years of age, sometimes even older. The vaginal opening is stitched and the clitoris is cut off. This makes girls infertile as the menstrual blood is trapped inside the body and isn’t released. Natural processes that are supposed to take place are hindered.

In Pakistan, this usually happens in the south of Sindh. The Bohra religious community practices it widely and is the reason for this nuisance still prevailing in Pakistan. Maryam, a girl belonging to this community, says:

“This is something that happens to almost all of us. We are not warned of this beforehand and everyone acts like it never happened. It is painful and humiliating. It happened to me when I was seven-years-old, I felt violated.”

Doctors of urban areas like Karachi also report to have noted these mutilations in women. This causes a lot problem during childbirth. Women are unable enjoy or even have proper sexual relations with their husband, depending on the degree of mutilation done. They have so much pressure on them to remain chaste and pious that they have to undergo humiliation, pain and agony. Many women do not want these things to happen to their daughters but society forces them to submit.

Sheikh Talib, Dean of the Faculty of Shariah of Al Azhar, has said:

“All practices of female circumcision and mutilation are crimes and have no relation with Islam.”

This proves that these practices are merely cultural and barbaric, they have absolutely nothing to do with Islam and anyone who has the utmost respect for his daughter would never let this happen.

Some people in the Bohra community, however, are not regretful of their actions, including women. Zainub states,

“I did it to my three daughters and I do not regret it. It didn’t have any bad effects on me.”

On a global level, FGM/C is considered a human rights violation. It has caused infertility in a lot of women and other infections are widespread in women who undergo FGM/C. Cysts that become vaginal cysts, urinary tract infections, fungal infections, and generalized pain are all a part of that package that makes a woman “pure and virtuous”.

The government should take strict action against this practice. It is depriving women a healthy life and the blessing of a child.