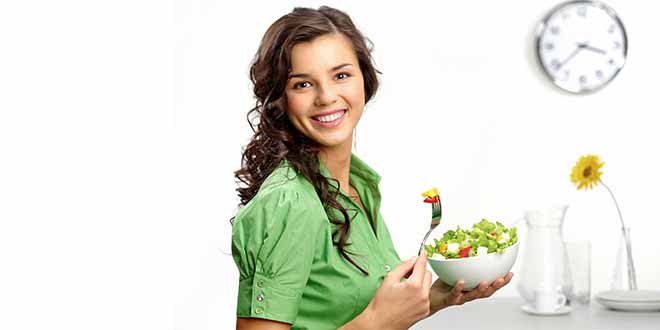 The food we eat let alone, does not in any way decide what sort of health we might end up with. There is a prevalent and much perceived concept that only eating the nutritious food would make us healthy, fit and fine.

Well that myth is broken by the new researches and studies carried out at various research centers around the world. Each study followed by a research breaks out a much more surprising fact which we did not know before. These researches have done quite a lot of good to the people around, helping them to stay healthy and develop better eating habits.

A recent study has shown that what we eat is definitely not the only answer to our health but how we eat also defines the quality of our health, shocking but true. The studies unveiled that the slower we eat lower amount of calories do we consume. A person who eats really fast is expected to consume a whole bunch of more calories than those who tend to eat their food at a much slower pace.

This study might have surprised a lot of us, what does the speed of eating has to do with the calorie consumption. Well as a matter of fact these both are closely related to each other. The researchers have a provided the reason for this phenomenon that as we eat slowly our body tends to feel full, thus eating slowly actually fools our body thinking that we are full so that is why eating slowly leads to the consumption of fewer calories.

Well now that is a difference which makes the amount of calories consumed. So far we have established that eating slowly leads to the less consumption of food thereby decreasing the calorie consumption too and those men tend to eat fast and end up taking in more calories as compared to that of the women. The more the calories you consume the greater are the chance that you might end up accumulating all the extra fat.

The study also showed that the amount of food we consume also depends upon the type of food that we are eating. People ate slowly while eating whole grain cereal and whole wheat toast as compared to that of refined grains. The researchers have explained that since whole grains are rich in fiber therefore they are chewier so people usually slow down while eating them.

Here are some top strategies to make sure that you ensure eating slowly in your routine:

Portion control: With less food in front of you, the chances of over-eating are reduced, even if you race through the meal.

Drink between bites: Instead of scarring it all down at once, take sips of water throughout the meal to naturally help slow your fork action.

Chew food: Pace yourself by taking at least 10-20 chews before you swallow.

Focus on the food: Put down your phone and close your computer for just 20 minutes while eating. This may be all it takes for your body to recognize its hunger-fighting hormones are kicking in.