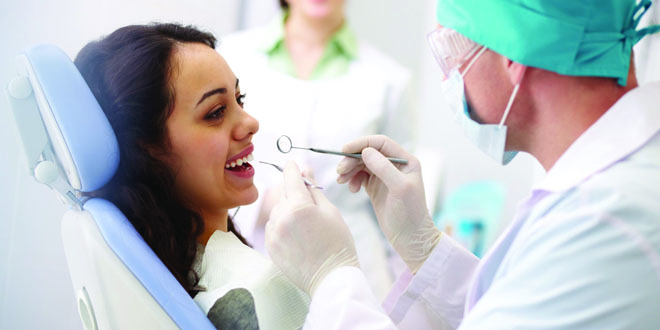 Dear Pakistanis, dentists are doctors too!

A few weeks ago, my grandmother asked me if taking a certain sleeping pill would have any side effects.

“How often are you planning to take it?” I enquired.

“Just once or twice a month, I don’t have sleep issues, but in case I ever do.”

“Oh well, don’t take it too often, once in a while is okay. It won’t have any side effects. The most common side effect of sleeping pills is dependency, and as long as you’re taking it once or twice a month, it should be fine.”

At this point, my uncle intervened,

“Why are you asking her opinion?”

“Because she’s a medical student” my grandmother replied.

“No she’s not, she’s a dentistry student; what does she know?”

And just like that, right there, all the hours I put into studying pharmacology, all the papers I read, all the knowledge I had was disregarded because I was studying dentistry.

“We are taught everything a medical student studies, and these drugs are something we are taught in a lot of detail,” I said.

“Just focus on your fillings and extraction, let the doctors do their job,” was the reply I got.

I’m pretty sure I’m not the first person to have been through this scrutiny based on the fact that I chose to specialize in the oral cavity instead of the rest of the body. This reminded me of Stu from The Hangover, how throughout the trilogy he is basically trying to convince everyone that he is a doctor. But why does it have to be that way? The main reason is the lack of knowledge people have about dentists and all that they have to study.

Most people go to dentist for problems such as fillings or scaling, and in the worst case scenario, root canal treatment (and lets’ not forget the amount of expertise and knowledge it takes to perform a perfectly successful root canal). Little are they aware of the amount of effort and hard work it takes to get there, to give you a perfect smile or relieve the excruciating pain caused by pulpitis and periapical abscess.

In a lot of instances, dental students are mocked by their friends and family regarding the fact that they are not ‘real doctors’. In fact, when I told my father that I don’t want to do MBBS and instead wanted to opt for BDS, I explained him why: as it would mean I can perform procedures from 3rd year, whereas in MBBS it would take a lot of time until I can actually touch that patient and do my part.

Besides that the working hours for dentists are way more practical and that way I can give time to my family as well in the future. I would be helping people and curing illnesses whether I choose MBBS or BDS; in fact I might even end up working on oral cancer which is a real fatal disease. Or maybe opt for surgery, which is done on trauma patients or other fatal instances. I had valid point for my argument, and my father told me it’s alright and I can be whatever I want. However, when I left the room, he turned to my mother and asked, “Why doesn’t she want to be a proper doctor?”

The interesting thing, however, is that, dentists don’t really care. They usually let it go in jest or consider the person too naïve to argue with. We laugh it off because at the end of the day, we know what we are. We know if there’s an emergency we can give CPR, deal with a heart attack, stroke and other such fatalities.

We know how relieved a patient feels when we clean the pulp chamber, we know a child born with cleft palate can eat and drink for the rest of his life because we performed a surgery, we know a patient with a good prognosis of oral cancer can live longer, all because we were true to what we do.

So the next time you are about to mock a dentist for not being a true doctor, keep this article in mind. Ignorance is not always bliss.