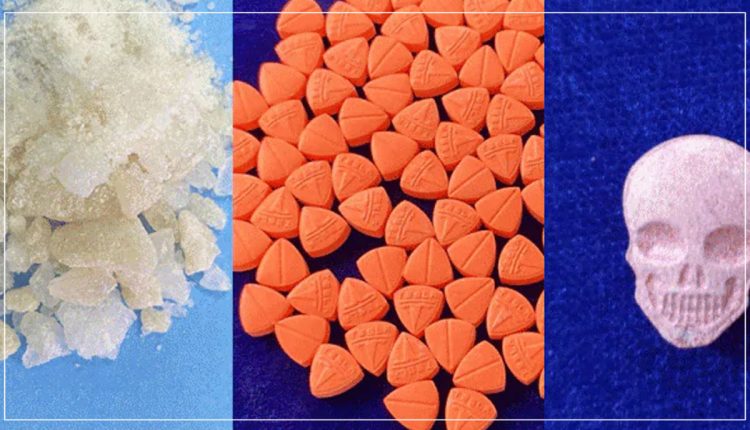 Dangers of the Ecstasy Pill

MDMA (3,4- methylenedioxy-methamphetamine) better known as “ecstasy” is a psychoactive drug used for its euphoric purposes. When it comes to science and the study of drugs, it releases serotonin, nor-epinephrine and dopamine all of which are important cytokines for body functioning. It is more commonly referred as XTC, E, Hug Drug, Molly or Mandy in the western countries

Being banned in most of the countries, the possession of this particular drug is considered illegal. Inspire of that, it is being used commercially and shows no signs of stopping. From parties to picnics, concerts to clubs all have different sources for gathering this drug and make it easy for the people to consume. It is either in the form of a tablet or in powdered form.

Pakistan has also entered in the business of ecstasy pills not knowing the health hazards and the ill-effects this drug can cause. We can see adults doing drugs without any hesitation. A temporary feeling of relief , slowly and gradually is leading towards chronic problems. A whole market has been established for its sale providing lucrative deals for the addicts for purchasing these drugs at affordable prices.

The composition of MDMA has a temporary soothing effect on the body. It is used as the main drug or the drug of choice at electronic dance parties. It provides a sense of enjoyment and suits best for the environment of lights and music. The desired or recreational effects include

It provides the user with a sense of happiness and joy in which they can feel good about themselves, irrespective of their surroundings.

It allows the person to communicate with people easily cancelling out the effect of shyness and any kind of hesitation.

Blurry images are seen. Along with that, the user experiences and hears different sounds after the drug’s on set.
The effects of the drug start to appear after a time span of 30 minutes which is liable to change from person to person. The peak effects are seen two hours after its consumption.

When we take the pros and cons in consideration, it’s adverse effects are off the charts making it a lethal drug rather than a curative one.
The most common and immediate adverse effects include hypothermia, dehydration, loss of appetite, insomnia (loss of sleep), bradycardia and blood pressure, nausea, erectile dysfunction, and diarrhea.
The after effects or commonly referred term ‘hangover’ involves the psychological and physiological aspects of the body as well. When it comes to psychological aspects, the symptoms are anxiety, depression, memory loss, irritability and many more. The physiological effects are trismus (inability to open the jaw to perform normal functions) and loss of appetite.

The cognitive effects include the impairment of brain leading to memory loss, failure in image perception and ability to sleep. The effect of these impairments coincides with the amount of dosage consumed.

The killing or the lethal effects of the ecstasy pill are second to none. Neurotoxicity is one of the major causes. Chronic use of MDMA can result in altered brain structure meaning loss of brain functioning. It has been seen that the babies of females who consume this drug lose their motor activity in less than four months. Apart from that, it can also result in Serotonin Syndrome. Cardiovascular problems include severe hypertension or hypotension, intravascular coagulation leading to myocardial infarction. Muscular effects include rigidity  of the muscles and breakdown of muscle fibers. Renal failure and respiratory system distress is also observed.

What Causes The Addiction?

The scientific pathway behind the cause of the addiction is described as when a person is exposed to such pills, the reward center of the brain stimulates the release of synaptic dopamine like amphetamine, methylphenidate and phentylamine. These chemicals induce other pathways which increase several other chemicals such as Delta FosB levels. Chronic use of these pills leads to the increase levels of Delta FosB which cause structural changes in the brain hence increasing the element of addiction.