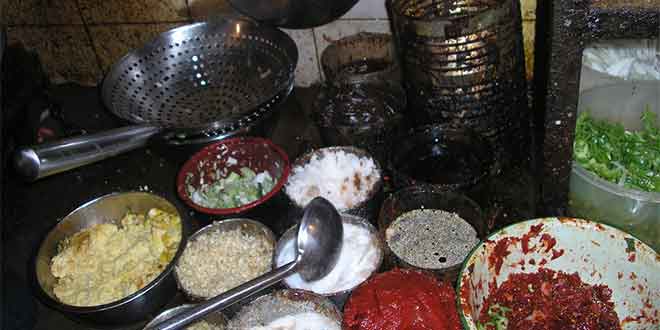 The internal Administration in Jinnah Hospital has reportedly taken action against 15 people who were involved in the sales of unhygienic food.

According to the Deputy Director Admin Jinnah Hospital, Dr. Javeed Jamali a campaign was launched against the people supplying sub standard food in the vicinity of the hospital. A crackdown has started by the team of Jinnah Hospital under the supervision of Asghar Abbasi against the sale of low quality food items, which include drinks, fruits and snacks.

Dr. Javeed informed HTV that the operation was started on the instruction of the Executive Director of Hospital Professor Dr. Anees bhatti. The security personnel were given strict orders not to allow local vendors in the hospital premises without the permission of the administration. He further said that the regulations have been made in the food services for the patients.

Sick people are vulnerable to infection. Such unhygienic food is added threat to the health of the patients and their families/care-takers.

Jinnah Hospital is one of the hospitals which are always crowded with thousands of people but the vendors operating inside and outside its boundary walls are providing very low quality foods, juices and water.

The people are at a perpetual risk of falling prey to water-borne diseases because of the numerous roadside eateries, which are selling unhygienic food.

These illegal eateries, serving food on stalls and small carts never care to serve hygienic food. It is seen that at a few of these eateries procure water roadside municipality contaminated tap water, which are often surrounded by garbage and for cooking, washing and serving purposes. The eatables are not properly covered after cooking. Even the food is cooked on the roadside. The dust and smoke emitted by vehicles make these roads a bad place for cooking food.

The sale of cut fruit and uncovered eatables give rise to contagious diseases like typhoid, cholera and gastroenteritis. An estimated 25,000 children die of diarrhea disease annually in the province by contaminated water use in cooking, poor environmental conditions, unhygienic food and decayed fruits are major causes of waterborne diseases, especially diarrhea.