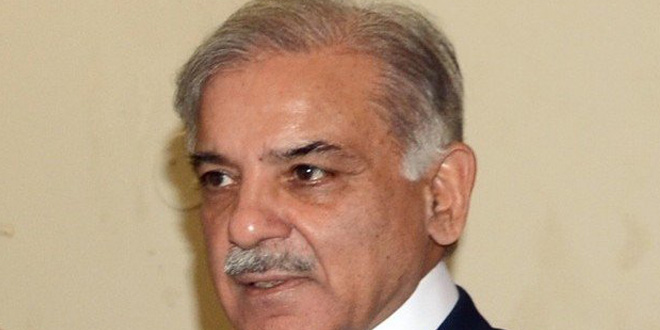 Voicing concern over Punjab health department failure in achieving its targets despite having huge budgetary allocations, Chief Minister Shahbaz Sharif said that a committee had been set up to investigate into 14 deaths reportedly caused by diphtheria in Children’s Hospital and whosoever will be found responsible will not be spared.

Speaking at the first convocation of University of Health Sciences (UHS), he said that not a single lab in Pakistan could examine drugs and it could be gauged from the fact that the Punjab government had to get the drugs tested from foreign labs following 110 patients died in the Punjab Institute of Cardiology.

Referring to the 14 children’s death, the CM said: “Other countries of the region are doing better than us in health; Cuba is an example in this regard which is doing exceptionally well in healthcare.”

He exhorted the professionals, experts, administrators and political leadership to discharge their duties diligently.

At the outset, the chief minister praised the UHS administration for maintaining standards.

Speaking on the occasion, the UHS vice chancellor Major General (retd) Prof Muhammad Aslam urged the graduates to have a constructive attitude and think in terms of solutions and not in terms of problems.

He said that over 60,000 students were registered with the university which was offering more than 100 programs in medicine, dentistry, pharmacy, allied health sciences and nursing. The university had 393 publications and more than 1,000 citations in indexed journals in the last five years, he added.

Around 547 graduates and postgraduates were conferred degrees at the convocation that included 16 PhDs, 353 M.Phils, 87 MS, 59 M.Sc. in Medical Technology, 17 M.Sc. in Nursing, eight MD and seven MDS.

In MBBS program, Umair Saeed of the Rawalpindi Medical College bagged the MH Mubbashar Gold Medal award, while Nayha Enver of de’Montmorency College of Dentistry clinched the B A Yazdani Gold Medal for being the overall best graduate in the BDS.