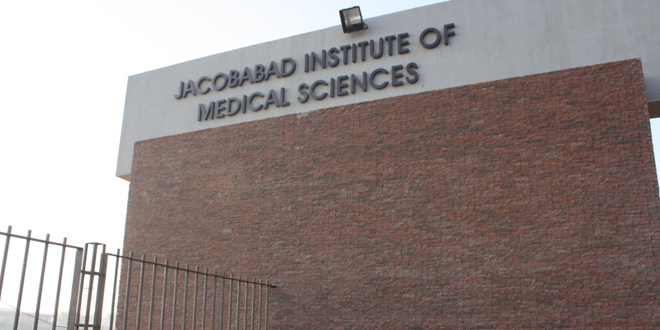 Sindh Chief Minister Syed Qaim Ali Shah said here that the people and government of the United States had played a significant role in the socio-economic development of the province.

People of Sindh are highly indebted to the US government and people for their generous contribution towards education, health and poverty alleviation sectors, he added.

He expressed these views while inaugurating a state-of-the-art Jacobabad Institute of Medical Science (JIMS) built at a cost of Rs2.5 billion under the USAID Programme. The inaugural ceremony was attended, among, others by the US Ambassador to Pakistan David Hale, provincial ministers Syed Murad Ali Shah, Jam Mehtab Hussain Dahar, Mir Mumtaz Jakhrani, elected representatives, notables and senior government officials.

He informed the audience that as many as 130 school buildings were being constructed across the province under the USAID Programme.

The CM said that the present government had increased the health and education budgets by over 100 per cent since 2008 while an amount of Rs11 billion was being spent on the health sector in the current financial year.

Speaking on the occasion, the US Ambassador to Pakistan, David Hale, informed the audience that this state-of-the-art facility would initially provide modern health facilities to about 800 patients daily and later its capacity would be expanded further.

He said that this project was announced by former US ambassador to Pakistan back in 2010 when she visited Jacobabad which was badly damaged by floods and rains.

The envoy said that JIMS would serve as a source of sincere and durable friendship between the people of Pakistan and the United States. He said that the United States was committed to provide improved facilities in environment, sanitation, portable water and other highly significant sectors.