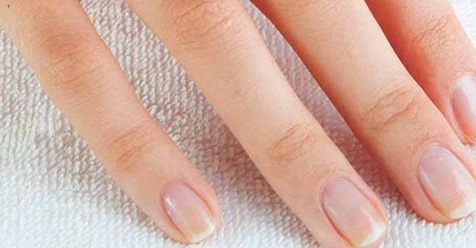 The color of your fingernails isn’t likely the first thing that comes to your mind when you think about your health, but yellow fingernails have the potential to indicate some deeper health troubles.

Nails can tell you a lot about your overall health. When they get discolored, it usually means that you’ve got an infection or perhaps nail fungus. It can also mean that your nails have been stained by a product like nail polish, or that you’re having an allergic reaction. Occasionally nails might turn yellow as a symptom of something more serious, such as chronic lung conditions, internal disorders, lymphatic blockades, and even rheumatoid arthritis.

Although its name implies it is a cosmetic issue, yellow nail syndrome is actually a complex, potentially painful disorder that affects multiple body systems. It usually appears in people over age 50.

Although it’s not always the case, the following conditions can cause discoloration. It should be noted that these are not the only causes of yellow fingernails.

In some people with diabetes, the nails take on a yellowish shade. Often this coloring has to do with the breakdown of sugar and its effect on the protein, called collagen, in nails. This kind of yellowing isn’t harmful and it doesn’t need to be treated.

Certain types of nail polish can result in discoloration of nails. To combat this, give your nails some time off from nail polish, or you can try applying a clear base coat, which might limit discoloration.

Smoking can also lead to yellow fingernails. The close contact to the toxins in the smoke, as well as the smoke itself, can lead to discoloration of nails. Now, clearly the best remedy for yellow nails resulting from smoke is to quit smoking.

Yellow nails are most commonly the result of a fungal infection, which makes plenty of sense as your hands and feet come in contact with all kinds of potentially infectious bacteria, exposed to moist, warm temperatures where fungus can fester. If you’re not sure if a fungal infection is the cause of your yellow nails, symptoms that can appear after discoloration include cracking of the nail and an unpleasant odor.

There are a number of nail changes, though, that can signal an underlying medical problem. A change in your nail color requires attention, especially if your nails start to turn yellow. Color changes could be the result of a nail fungus or, in some cases they may be a sign of skin cancer. Conditions like liver failure and kidney problems can also change your nail color, turning nails white or yellow at the tips or near the cuticles. Yellow nails can also be the result of a respiratory condition, such as chronic bronchitis.

People with certain forms of cancer, immune system conditions, thyroid disease, and rheumatoid arthritis may have a higher risk of yellow nail syndrome.

In some cases, yellow nail syndrome may occur in two or more people in the same family. This points to a possible genetic link, although it has not been proven.

Let’s just try to avoid the mentioned causes to prevent your beautiful nails from turning yellowish!

Know more regarding what your nails say about your health.