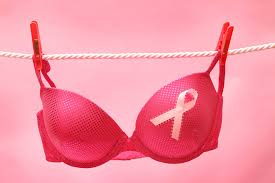 Can Wearing a Bra Cause Breast Cancer?

Along with the increased awareness about breast cancer come a number of theories about what can cause it. Among these is the idea that wearing a bra can increase the risk of breast cancer development.

This subject is still an area of intensive research and several knowledgeable people possess differing views about its validity. While it’s impossible to come to a definitive conclusion on this matter, we can still analyze the available evidence on both sides.

Renowned osteopathic physician, alternative medicine proponent and web entrepreneur and author Dr. Joseph Mercola is a strong proponent of the argument that wearing a bra–particularly one containing underwire–increases breast cancer risk. In his extremely popular health blog, Mercola.com, Dr. Mercola unequivocally states that wearing a bra can increase breast cancer risk up to 125 fold. He argues that wearing a tight fitting bra can cut off lymph drainage in the breasts, contributing to breast cancer development. This is supplemented by a line from the research article Prevention and Complementary Treatment of Breast Cancer which says:

‘Over 85 percent of the lymph fluid flowing from the breast drains to the armpit lymph nodes. Most of the rest drains to the nodes along the breastbone. Bras and other external tight clothing can impede the flow. The nature of the bra, the tightness, and the length of time worn, will all influence the degree of blockage of lymphatic drainage. Thus, wearing a bra might contribute to the development of breast cancer as a result of cutting off lymphatic drainage, so that toxic chemicals are trapped in the breast.’

Here are the symptoms of breast cancer women shouldn’t ignore.

Another potential concern is the metal wires contained in most bras. In the same blog post Dr. Mercola claims that the wire could attract electromagnetic radiation and have a ‘stimulating effect’, though he did not cite any research studies to corroborate his claim.

On the other hand, many reputable organizations assert that such claims lack sufficient scientific evidence. Among these organizations are breastcancer.org, The American Cancer Society, Cancer Development and Treatment Fund and the United States National Center for Health research.

The American Cancer Society states on their website regarding a correlation between wearing a bra and cancer:

‘There is no good scientific or clinical basis for this claim, and a 2014 study of more than 1,500 women found no association between wearing a bra and breast cancer risk.’

The Cancer Development and Treatment Fund describes the relationship between bras and breast cancer as one of correlation and not causation. They state:

‘In reality, body fluids travel up and into the underarm lymph nodes, not towards the underwire.’

Even if women who wear underwire bras demonstrate a slightly higher incidence of breast cancer, this is due to the fact that women with larger breasts are more likely to wear tight, underwire bras. Obesity and having larger breasts increases the risk of breast cancer development. The fact that developed countries have higher incidences of breast cancer is due more to their exposure to other risk factors and increased awareness and diagnosis. They go on to assert that rumors surrounding breast cancer that exist, because people like to sensationalize things and from a fear of the uncontrollable and unknown.

There is no doubt that bras are an important supportive device and not wearing them can result in discomfort and even pain and in spite of lots of speculation, there exists no comprehensive, conclusive evidence to suggest that they are harmful.

“Help Me Help Myself” – Early Detection Can Save Lives

Losing A Mother To Breast Cancer