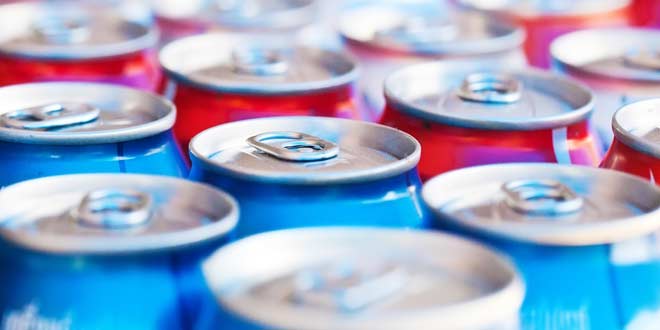 For an avid soda consumer like myself, I can see what the allure of a chilled, fizzy carbonated drink after a long day is. Every meal is incomplete and parties unthinkable without a selection of fizzy drinks to go with it. It is no mystery that normal soda makes you gain a load of weight if consumed regularly. But could it be that what we’re consuming as ‘diet soda’ does the same?

I mean, it’s not like diet soda taste better than normal soda. People who drink it only do so to prevent themselves from gaining weight because of their unhealthy addiction to fizzy drinks. So what makes a soda so called ‘diet’? Diet soda contains artificial sweeteners which have zero calories. These artificial sweeteners, although unhealthy, claim to not contribute to weight gain. There has been much debate over this issue after a group of nutritionists carried out experiments and found out that diet soda drinkers have larger waists than normal drinkers. This sparked a lot of controversy in the media and led people questioning the legitimacy of the experiments.

The anti-diet soda supporters came from two different schools of thought. One said that diet soda, despite its claim, isn’t zero calorie but in fact has more fattening tendencies due to the abundance of artificial ingredients in it. Whereas another group argued that it causes an unhealthy obsession and causes people to eat more to replace the loss calories. Both of these groups agreed to the fact the diet soda consumption should be restricted if not banned all together. This ideology came to light after experiments were done on non soda consumers. Two such groups were asked to start drinking diet and regular soda daily. It was revealed that non diet soda drinkers had a three inch increase in waist line as opposed to non diet soda drinkers who had one. Studies revealed that diet soda drinkers have a greater risk of developing diabetes, metabolic syndrome, hypertension and other cardiovascular diseases.

On the other hand, supporters of diet soda lay blame to the enormous amounts of diet soda people consume daily. They claim that although diet sodas are not fattening or especially unhealthy, large amounts of anything consumed daily will have its side effects. Their stance is that if you’re going to drink soda anyway, you might as well consume a zero calorie one. By limiting your consumption to one daily at most, exercising and correcting your diet, there is no reason for you not to lose weight. This does make a lot of sense as everything should be taken in moderation. Even vegetables or meat taken in excessive quantities can make you sick and this applies here too.

All in all there isn’t ample evidence to support either causes. It may be that diet soda makes people more susceptible to obesity but that may as well be because of excess daily consumption. Diet soda contains artificial sweeteners and putting so much amount of anything artificial in your body is not good for you health, soda or not. Same can be said about normal soda. They say that if we were to eat the amount of sugar there is in one glass of cola, we would throw up. And if that’s not enough, one of the major causes of obesity in America right there next to fried food is fizzy drinks. So I would like to conclude by saying that although diet soda has zero calories, excess of anything is harmful. A person should show restrain to prevent addiction from taking over. Diet soda doesn’t claim to help you lose weight. They just don’t add any by themselves.