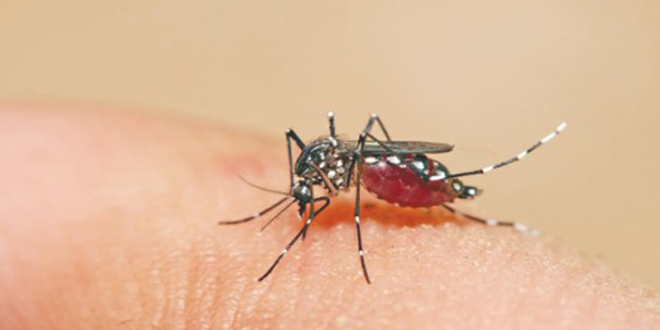 According to weekly report of provincial Dengue Prevention & Control Programme, of the total 100 new dengue cases, 97 were detected from Karachi, one from Hyderabad and two from Jamshoro.

Giving details of the dengue cases reported between Jan 1, 2015 and till to date, the report said that in all 3,289 dengue fever cases were reported from Sindh and they include 3,212 cases from Karachi alone. Besides, 10 people have died from the disease in the city during the current year.

Break-up  of the dengue fever cases reported, so far, during the current year is as follows:
3,212 (Karachi), 31 (Hyderabad), nine (Larkana), eight (Mirpurkhas), seven (Umerkot),  five (Jamshoro), four (Shaheed Benazirabad) while three each from Thatta, Sukkur and Ghotki, two from Sanghar and one each from  Shikarpur and Jaccobabad.

Focal Person for Dengue Surveillance Cell, Dr. Shakeel Aamir Mullick said a total of 101 dengue viral fever cases have been reported so far, out of them 97 in Karachi and two in rest of Sindh province. He said two cases have been detected in Balochistan province so far.

He informed a dengue viral fever patient has already expired in city this year so far.

He said two new dengue viral fever cases were reported in Karachi (both OPD cases). No case was detected from the rest of Sindh province.