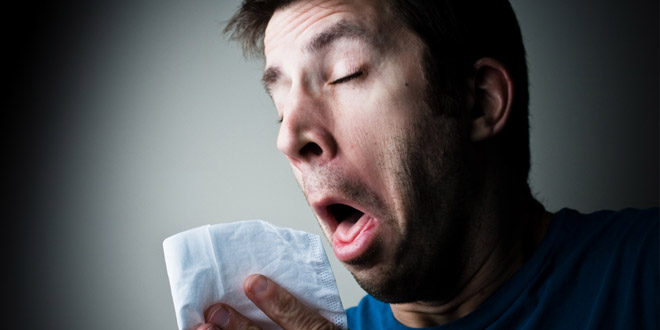 Influenza is a viral infection which is most common in winters. You will see every other person sneezing, coughing or with a terrible voice; and before you know it, you would have joined that group as well.

Viral infection takes its time to leave, however, the symptoms can be suppressed and you can suffer just a little less if you follow a few of these home remedies.

Honey is the tastiest anti-biotic out there. Grandma was right when she said that honey is the answer to every question, and this fact is now backed by science! Honey is loaded with anti-bacterial properties that enhance our immunity. It has enzymes that act against bacteria and their metabolism.

Mixing one table spoon in a glass of warm water right after waking up will provide sudden relief. Drink this throughout the day. Warm a table spoon of honey and sprinkle black pepper on it, and eat it few times a day.

Garlic has antibacterial properties that are extremely effective. It is more than just a spice for curries. Chop or crush two or three fresh garlic cloves and put them in one cup of hot water. Let it steep for 10 minutes, strain and then drink it like a tea. Do this three or four times a day.

Lemon is rich in vitamin C and vitamin C is a well-known immunity booster. Having lemon water helps a lot and makes recovery faster.

Put one chopped lemon (both skin and pulp) into one cup of boiling water. Let it steep for five minutes and then inhale the steam and drink this hot lemonade three or four times a day until your symptoms subside. Mix lemon with honey in warm water and sip it throughout the day.

Ginger, like garlic, can be used for more than just seasoning. Ginger is one of the most beneficial ground herbs which can often be used in sickness. Ginger tea is a common flu antidote. In case you are unaware of this trick, take one inch of ginger and cook it in two cups of water until just one cup remains.

Combine two teaspoons each, of grated ginger root and bayberry bark, and one teaspoon of powdered cayenne. Add one teaspoon of the mixture to one cup of boiling water. Let it steep for half an hour and then strain it. Drink this several times a day.

Oregano, whether in form of oil or oregano tea, can give innumerable benefits and provide relief during a bad cold. Add a drop of oregano oil in warm water, and drink it three times a day. Oregano enriched with IgEimmuneglobins that help during a cold. It’s also rich in antibacterial properties.

Boiling a tea spoon of oregano in a glass of water and having it several times a day would decrease the symptoms of flu and cure the disease sooner.

Cinnamon is amazing, whether you add it in bread, in curry or your anti-flu medication. Cinnamon powder can be added in honey and eaten whenever you feel a sore throat. Cinnamon can be boiled as cinnamon tea also sooths the throat and opens your sinuses.

These simple home remedies will come in handy for the days to come. Make sure you save these somewhere for the rainy days!