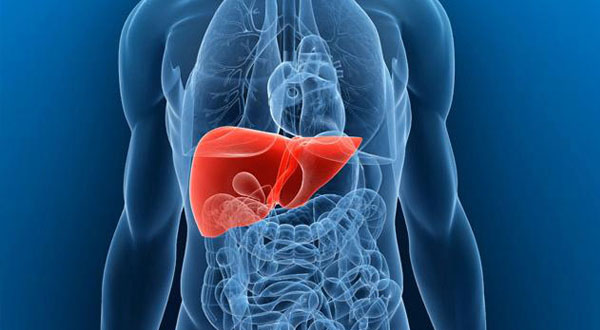 5 diseases of liver dysfunction and how to prevent them

Pakistan is the sixth largest hepatitis infected country. Every 10th Pakistani is suffering from one liver disease or another, and according to Dr. Zaigham Abbas, Head of Gastroenterology Ziauddin University, the prevalence of hepatitis B is 2.5% and hepatitis C 4.8% in Pakistan.

The liver is the largest glandular organ of our body. It has functions that not even a series of equipment can perform effectively. The liver produces bile that helps in digestion of fat, helps the body get rid of toxins, alcohol, free radicals and other harmful substances. It destroys old red blood cells and stores extra glucose to be used in fasting.

These are just a few of the basic functions performed by the liver. Its mechanisms are so complicated that it is not possible to replace the liver with something else, even in today’s technology. Without the liver, it is not possible for a human being to survive.

Hepatitis A, B, and C are the most common types of hepatitis found in Pakistan. It is important to take preventive measures and to know what exactly happens in this state in order to avoid it.

Hepatitis A is most commonly transmitted through infected food and water. If taken care of, it can easily be prevented as well as cured. Areas with poor sanitation are prevalent in HAV. However, taking a good healthy diet with more fruits and vegetables and consuming vitamin B complex can cure hepatitis A easily.

Transmitted through infected semen, blood or other body fluids, Hepatitis B is common in 3rd world countries due to reusing of syringes and poor disposal of hospital equipment. Mothers infected with HBV give birth to children with HBV. HBV is also commonly found in drug addicts who share needles.

One needs to be careful while getting any procedure done at a clinic or hospital and make sure the place you go to has a reputation in effective disinfection and sterilization of equipment (such as dental equipments), as well as disposing of syringes. Treatment includes antiviral medications, using interferon, and a liver transplant in some serious conditions.

Hepatitis C is most commonly transmitted via blood. Using contaminated needles and syringes is the most common cause of HCV. Cure for HCV includes a once-daily pill which has reported to have cured many patients. The problem, however, remains in detecting the disease on time and having treatment facilities provided by the government.

A disease that progresses slowly, liver cirrhosis hardens the liver and normal tissue is replaced by scar tissue (tissue formed from the healing process after normal tissue is damaged). The problem occurs when blood supply to the liver is stopped, which causes the liver to stop functioning.

Cirrhosis is caused by fatty liver due to obesity and diabetes. Chronic hepatitis diseases can further cause cirrhosis. Alcoholic people, however, are most prone to cirrhosis. Repeated heart attacks can lead to liver cirrhosis as well.

Bloody stools, yellow skin, weight loss and confusion are some of the most common symptoms of liver cirrhosis. Medications may be given to control the symptoms of cirrhosis. Edema (fluid retention) and ascites (fluid in the abdomen) are treated, in part, by reducing salt in the diet. Liver transplant is needed for severe cases.

Cancer of the liver is most commonly caused by untreated hepatitis or cirrhosis. However, it can also be spread from cancer in other organs. The only treatment of liver cancer is a transplant of the liver. Hepatocellular carcinoma is also quite common in Pakistan due to poor hygienic conditions and less treatment options.

Liver diseases are curable if the right steps are taken. As per the World Health Organization (WHO) guidelines, this can be prevented through education of the masses. Educating people about the diseases, their complications and ways of prevention will cut down the prevalence to a big extent.

Creating a political interest is extremely important to prevent hepatitis and training medical staff to diagnose and to work with early stages of liver dysfunction diseases should be done. Hospitals should have proper sterilization and disposing policies to avoid spread of hepatitis. Teachers, students, scholars and the media should play their role in inculcating the importance of prevention in the masses.

Liver Diseases On The Rise In Khyber Pakhtunkhwa