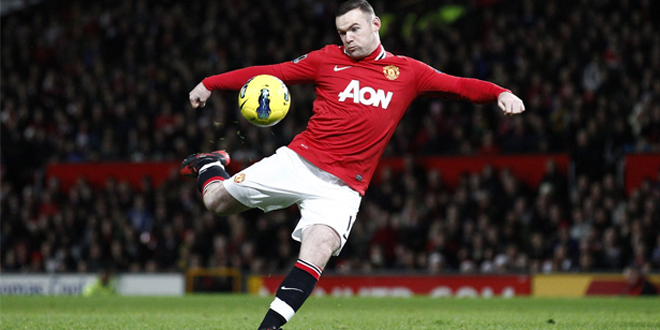 Van Gaal named quite a formidable team for this clash against Tim Sherwood’s Aston Villa side. David De Gea started in goal, Antonio Valencia, Phil Jones, Daley Blind and the returning Marcos Rojo completed the defensive line. Ashley Young and in-form Juan Mata started on the wings. The Spanish midfielder after his dazzling display at Anfield against Liverpool was an obvious starter for this game. Ander Herrera and Marrouane Fellaini kept their places in the centre of the midfield. Michael Carrick had the job of playing as the anchorman. Captain Wayne Rooney led the team as the lone striker. The England forward has 14 goals in 26 matches against Aston Villa

Manchester United Football Club started the game in style. Knowing that they have to win, they were in full-flow. In the 4th minute of the game, United’s winger Ashley Young fired in a shot but it was blocked outside the box by the Villa defender. The Red Devils created chances as the game went on. United kept most of the possession in the game and put constant pressure on their opponents.

Their efforts paid off as the deadlock was broken by Spanish midfielder Ander Herrera in the 43rd minute. Daley Blind found the Spaniard in the box with a cut-back pass and he finished quite exquisitely with his weaker foot. 1-0 to Manchester United Football Club at half-time.

Second-half started and Manchester United started to press Villa again. Marrouane Fellaini had a chance in the box, but it was smartly saved from Brad Guzan. Antonio Valencia provided the cross from the right wing. Villa came close to scoring when Andres Weismann found Christian Benteke in the box. The Belgian wasn’t able to get his footing right and blasted his shot over.

Angel Di Maria came on for Ashley Young in the 77th minute. The Argentine has 9 assists to his name in the league, second to Chelsea’s Cesc Fabregas who has assisted 16 times. Angel Di Maria soon made it 10, as he provided a cross which was controlled by Wayne Rooney in the box and then was dispatched in the top of the net. This was the 12th goal of the season for Wayne Rooney.

Christian Benteke equalized for Aston Villa in the next minute as his shot went through the legs of David De Gea. A bad sight for any goalkeeper. 2-1 the score in the 80th minute. Ander Herrera scored another goal in the 92nd minute of the game to make it impossible for Villa to come back in the game. It was calmly finished on a ball provided by Juan Mata. His 7th goal of the season. At Old Trafford, it finished 3-1 to Manchester United.

Arsenal: Back on the Winning Road

Earlier last week, Arsenal played Liverpool at the Emirates Stadium in the early Saturday kick-off of the Barclays Premier League. Before the start of this game, Arsenal Football Club were in the spot for third while Liverpool Football Club were at fifth position. Little did they know that everything was going to change for them?

Liverpool didn’t have the services of club legend Steven Gerrard and Centre position expert Martin Skrtel. Both of them were out of the squad, serving their three match suspensions.

Arsenal have been in top form, scoring and winning games in the league. Their supreme form looked to cement their place in the top four standings of the league table. Arsenal opened the scoring in the 37th minute courtesy of Hector Bellerin. The defender scored on a beautiful curling effort with his weaker foot, Aaron Ramsey bagged in the assist for that goal.

Mesut Ozil was the next player to score for the Londoners. The German International scored a sublime free-kick from 25 yards out to make it 2-0 to the Gunners in the 40th minute. Arsenal looked dangerous as Liverpool fought to hold on to the game. The in-form Alexis Sanchez blasted a shot from outside the box which found its way at the back of the net, resulting in a half-time score of 3-0 to the Gunners.

Arsenal conceded a penalty in the 76th minute when Raheem Sterling was brought down in the box by Hector Bellerin. Jordan Henderson converted the penalty from the spot to make it 3-1. But then making a final comeback, Arsenal scored their fourth goal of the game when Olivier Giroud took a spectacular strike from outside the box.

Arsenal now have nine wins in the last nine matches in the Barclays Premier League and have secured the second position in the table for points. Olivier Giroud and Alexis Sanchez both stand on the 14 goals each in the leading goal scoring standings, with Diego Costa leading with 19 goals.