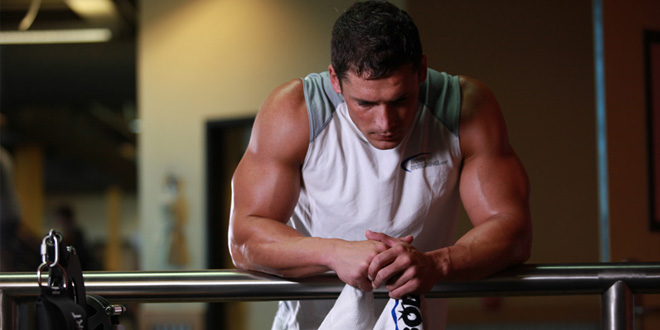 5 ways you can overcome a workout plateau

Let me guess, on Monday you walk over to the bench, do a bit of incline, flat and decline bench press. Then you grab dumbbells and pull off a few sets of flyes and dumbbell press. While there is nothing wrong with the workout itself, the number of times you have done this exact workout renders this workout ineffective over time.

The brain knows that on Monday you will be targeting your chest and the exact order in which you will do it. There comes a time when the body gets used to this workout and does not get stimulated enough to grow. And this is where the plateau hits.

Plateau is an important topic worth discussing over here, especially for the chronic body builders. This is the major reason why most gym-goers’ progress declines after a few months at gym. And when a certain routine stops giving further progress, it is mere common sense that you are doing something wrong. You may be lifting right with proper form and weight and having proper meals but the fact remains that your body is now used to the workout. This adaptation or resistance to build up muscle mass is called plateau.

The human body wants to remain constant. For you see a higher muscle mass means more calorie expenditure and hence the primitive body will do everything to stop you from gaining muscle mass, unless your workout is intense enough to force the muscles to undergo hypertrophy as to adapt to the increased load.

Now there are a few simple tweaks you can do that can help you overcome the plateau.

1) The best way to do so is by changing the routine. Incorporate new workouts in your regime for example replace flyes by cable-cross; replace seated dumbbell curl by inclined dumbbell curl, military press instead of shoulder press, lunges instead of squats, skull crushers instead of over-head tricep push, alternate bent over dumbbell row instead of bent over barbell row.

2) Another way is by changing the order in which you do the workout, for example, starting with hammer curl and ending with bicep barbell curl on a bicep day.

3) Plateau can be overcome even by changing the day you target particular muscles at. For example, if your regime is to target chests on Monday, lats and back on Tuesday, triceps on Wednesday, shoulders on Thursday followed by biceps on Friday and ending with legs on Saturday then change the regime. So now you will be doing back on Monday, triceps on Tuesday, legs on Wednesday, biceps on Thursday, and chest on Friday and finally shoulders on Saturday.

4) Something as simple as changing the grip can provide with an alternate stimulant for muscle growth. Apart from this, you can change your regime to work out two muscles groups in a day. Change the number of reps/set you do. Incorporate drop sets and super sets in your regime.

5) And of course, the most common way, which many people do unknowingly, to overcome plateau is by increasing the weight gradually, so every time your body is faced with new and more intense challenge.

Stop doing the same workout over and over again and still hoping to make progress. Now that you understand this important gym phenomenon, it is time to make the changes, break through the plateau and see yourself progress further.