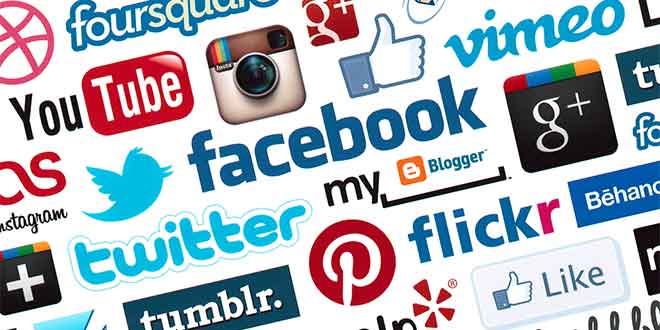 The Kingdom of Celebrity Social Media

Social networking has turned into a colossal piece of our ordinary lives, particularly with our Pakistani celebrities. For super models and actresses like Mehwish Hayat and Humaima Malik, Instagram, Facebook and on occasion Twitter are great ways to communicate with fans and keep them posted with their most recent news, recent drama serials and films, check in’s and general views over issues and topics in discussion. At the same time, it can likewise be utilized as an exceptionally compelling promoting apparatus for self promotion. Stars use the social media for expanding their fan base or for advancing and promoting their forthcoming features, films, songs, events and so forth.

Celebrities, who comprehend the centrality of these sites well, use them keenly to increase benefits, the more sagaciously you utilize these things the more number of devotees you have. Celebrities with most devotees are said to be the rulers of this social world.

For instance, in 2014-15, big names like Zhalay Sarhadi, Mehwish Hayat, Ayesha Omar, and Veena Malik shared their item songs trailers and full videos to likely show the masses and their fans their performance in their upcoming film or to demonstrate the world how strong, bold and beautiful they are — The celebrities posts reached millions of fans.

Similarly, Hamza Ali Abbasi knows how to stay in the news; the questionable star continued talking against item songs and Pakistani actresses showing skin and ended up taking his own shirt off in his upcoming film. Not to be overlooked is the moderate side of the Pakistani masses who leave unforgiving remarks on these stars and their exhibitions indicating disdain and fury yet that again helps the matter trend and get more popular.

The gorgeous Mehreen has an incredibly massive fan following on Instagram. She has 359k followers all dying for her daily routine selfies with her friends. Mehreen keeps on posting pictures to update her fans. You will find her on ramp moments, her personal life pictures and loads of celebrity filled pictures. Mehreen is tall and hot, she has a Facebook following of 277k and the Shahid Afridi fan has a twitter fan base of 94.4k.

The beauty is right in the front to be the queen of social media. Follow her now and see what all she has in store for you guys.

The Pakistani rock star, the jack of all trades has around 186k Instagram devotees. He is the only male star in the rundown that simply cannot get enough of crazy selfies. Furthermore, you will spot him in a couple of shirtless pictures as well. Ali Zafar has around 726k supporters on Twitter and is really dynamic on Facebook. He has 4799346 likes on his Facebook page verifying him as a social networking fanatic. Ali Zafar is an incredible musician and in addition an actor, he is at present working for Bollywood and Lollywood both.

The perfect diva has around 167k Instagram devotees. The lovely performer takes a ton of crazy yet tempting selfies making duck-faces. You will see her posting her dance schedules, on ramp moments and some enticing pictures where you see the hot Mehwish watering herself with a Muslim Shower, reports state that the pictures were taken off by Mehwish to stay away from scandals but nonetheless you will find a lot more scandalous content in there. Mehwish has around 20k twitter adherents and around 112618 Facebook supporters on her official page. The eye candy of many is really dynamic on her Facebook account too. Mehwish is doing great to keep the fans meter up with each passing day.

She has around 114k Instagram devotees. The gifted and delightful Humaima is the highest compensated Pakistani celebrity. Humaima shows no signs of pacing down and is barging forward towards more and more success. You will see some behind-the-scene looks of her Bollywood debut “Raja Natwarlaal” and some real hot pictures you will see nowhere else. Humaima is also spotted with popular names like Mahesh Bhatt, Varun Dhawan and more on Insta. How can you miss her late snap with the heart throb Arjun Kapoor? Follow Humaima on Insta now, “Humaimamalick”. Humaima has a decent Twitter and Facebook following as well. She has around 73411 Twitter devotees and around 123199 Facebook followers on her official page. The alluring diva knows well how to keep things going well.

The man with supernatural voice has around 88.9k Instagram adherents. Atif is not VERY dynamic on Instagram but still you will get the chance to see some pleasant wedding photos of the star with his wife and some random photography. Atif has a huge fan base. The neighborhood Lahori artist has figured out how to win hearts all around. He has a gigantic Facebook taking following of around 16952172 fans on his official page and around 381k Twitter followers.

Atif certainly has the biggest fan base after contrasted with some other Pakistani celebrities up till now. He is practically dynamic on Facebook when contrasted with twitter or Instagram yet at the same time figures out how to secure a gigantic fan following. They are all doing well to keep their fans busy and are all running side by side more or less at the same pace. All the celebrities have a growing fan base that is going up with every passing minute but for now the rulers of the online world are the above mentioned big names.

Last but not the least is some tips to grow your social media following by mimicking these celebrities.

1) Give personal time to your followers. Give your fans a good reason to pay consideration on you and they will! Offer them something that other individuals don’t (or can’t). Be different and own your actions. Set trends and examples by doing good.

2) Do positive things with the influence you have. Not everybody can have a powerful say like the superstars I’ve specified in this post but you can always try and get close to them.

3) Keep your followers busy and involved in your life by interacting with them regularly. The best celebrities consistently collaborate with fans and prize them with something exceptional, like goody bag or a signed souvenir. To duplicate this strategy, identify your most loyal followers and make them a piece of your crusade. They’ll presumably be excited and spread the news through all means available, which might help you grow the fan base.

How to make full use of the Instagram to promote yourself?

Too much social media can impede romantic social skills in teens

The perilous trap of social media

US teens add social media to toolbox for flirting: Study

Social Media and its Relation to Social Stresses and Personality