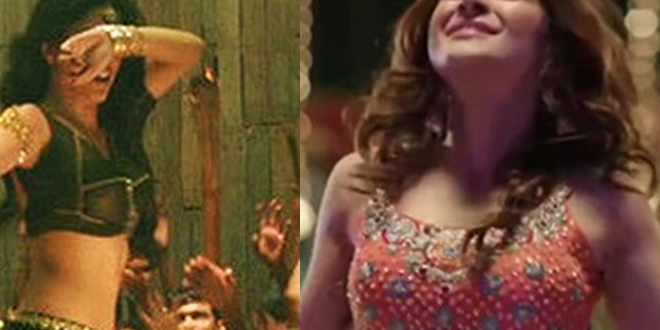 As liberal as Pakistan might be, there are some instilled norms and morals of the society, the Pakistani Film Industry must not neglect regardless that it may be considered H entertainment. Item songs are not of the Pakistani culture but, a mere adaption to what the Bollywood produces to get their film pumped up and going. Gradually, item songs are now becoming more and more popular in Pakistan, regardless of how obscene that may look watching with your family. Because all Pakistani films request and wish for the entire family to come along and watch the film. But, how is one suppose to if you’re going to be in an awkward position seeing a women being objectified as a sex object?

A good amount of Bollywood films drive on item songs which are produced in a great quantity every year. In a country where dancing is considered not just a part of art but religion, the trend of item numbers is still criticized by groups of people in India too. Likewise, there are many that dislike these item songs here where there is an amount of people that enjoy them too. Both societies are equally impacted by these item song trend; while some love them others hate them. But, what’s really happening with the growth of this trend?

We should understand that regardless of what may be appealing and pleasing to the audience may not be right after the three hours of entertainment. Children are the easiest target that are easily impacted with what they see. This is not what we want our kids to look up to. There are and have always been movies out there that have done well without a single item number. Such as Khuda ke liye, Bol, Waar and Ho Maan Jahan, the recent movie, have done an outstanding job without having any explicit showcasing of any woman or man.