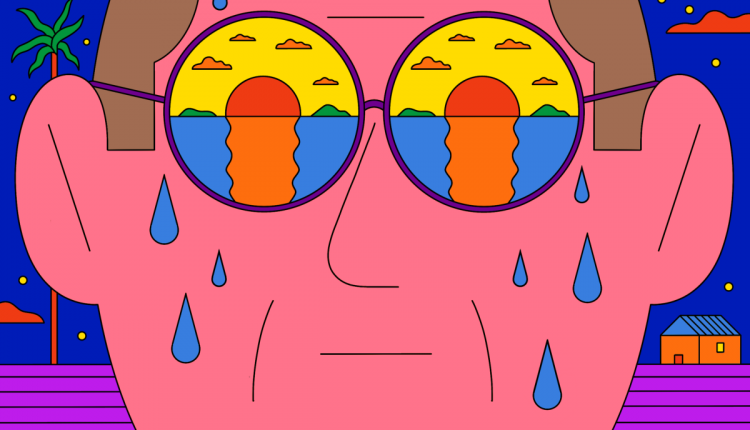 This article was developed via a partnership with BetterHelp.

Reaching middle age is a milestone that not everybody’s lucky enough to achieve. But somewhere around ages 40 to 60, many of us come to the realization that life’s short, and we only have a certain number of years left to do what we want to do. And these confusing emotions can lead some to make spontaneous and often drastic changes, like making a large investment or going down a whole different career path. This period is popularly known as a “midlife crisis.”

A midlife crisis is often the subject of jokes and stereotypes: the man that buys a red convertible and grows a ponytail. The woman that becomes obsessed with plastic surgery and looking younger. We tend to associate this transitional period with ridiculous decisions and questionable behavior as a society.

In reality, a midlife crisis is not so much a crisis but a transformative moment in life where you feel the urge to reevaluate your life and take stock of what you have and haven’t accomplished. For some people, this exercise can bring up feelings of sadness, guilt, or regret, which they compensate for by making off-the-cuff changes. For others, it is a phase of tremendous growth and emotional development that sets the stage for a happier older age.

Of course, not everybody experiences a midlife crisis – evidence shows that this isn’t even an issue in different parts of the world. In fact, many experts think that the concept of the midlife crisis may be more associated with a person’s socio-cultural context than with their actual age.

Research suggests that if you were to chart human happiness throughout the years in a graph, the end result would look a lot like a U shape. In simple terms, this means that we tend to be happiest during our younger years. Then, right around adolescence, happiness starts slowly dwindling down, until it reaches its all time low around middle age. And it finally rises (and stays that way) again around age 50.

Assuming that the U-shape theory is true, it makes sense for these feelings of confusion and dissatisfaction to pop up in midlife.

Signs of a midlife crisis

Everyone experiences midlife changes differently. The key is to manage them effectively so you can benefit from this moment of introspection and turn it into an opportunity for self-discovery. Some signs that you might be going through a midlife crisis – and not a midlife transition – include:

What’s the difference between a midlife crisis and depression?

It’s important to note that some of the signs and symptoms of midlife crisis and depression can overlap, so it’s possible to mistake one for the other. However, while a midlife crisis or transition is a normal stage of life, depression is a serious mental health condition that requires professional help.

Warning signs that you might be experiencing more than a midlife crisis include:

It’s always a good idea to talk to a mental health professional if you’re going through a tough period. Visit here to read more about how therapy can help you turn a midlife crisis into a midlife transition.