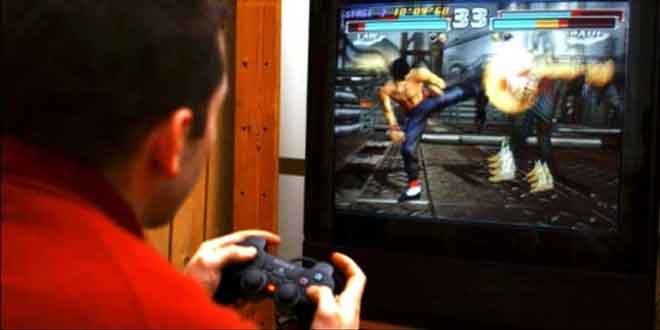 We all like a little Counter Strike weekends and GTA marathons once in awhile. To be honest, after extensively mind draining routines, who doesn’t need a shot of virtual reality? Once a week with friends, after exams in solitude, everyone deserves a little FIFA every now and then without getting mud on their shoes. But as they say, too much of anything is bad. Be it broccoli, studies or video games.

There have been controversial debates going on all around the world since the past few years discussing the advantages and disadvantages of video games. Although many organizations, psychologists and doctors complain that there have been many cases of youngsters being addicted to video games to a dangerous level, the video games company sponsored researches somehow come to prove otherwise. Nevertheless we see around us young men and women who spend too much time with their consoles and screens, and are not only unable to socialize effectively, but perform poorly in classes and be prone to mental disorders. If not all of these symptoms, video games addicts do undergo some of these, and none of these will ever turn out to be good for you.When parents don’t talk to their children, or aren’t often home, children find company to replace the parents and siblings. This company can turn to playing video games, which can be harmful with extensive use.

You see these boys at family gatherings sitting idle. Their eyes don’t talk, they speak very little. They seem to be in a state of euphoria. In their heads they would be imagining themselves holding a gun, trying to find the bad guys and kill them. However this child won’t be able to run half a mile or negotiate with the shopkeeper, things that boys should be doing conveniently. This is how deeply video games would have affected their social life, that spending time with family would be a burden.

According to a research in 2009-2010 by Dr. Eshrat Zamaniet in Iran, video games effect social life of a person extensively. 564 students were tested, and those who played more games were less social.The research showed that these kids said that “games were more enjoyable than companionship with their class fellows.” They stated that they used these games to fill the solitude. These games also helped them to get away from real problems of life and escape to a better world.

Video games are making people aggressive. It would be wrong to say that a person who spends couple of hours a week, killing and beating people virtually would not be affected by it. Everything we do influences us. It’s always easier to shout and punch rather than negotiate and discuss. A number of studies show that students who play aggressive video games are more aggressive and show less pro-social behavior. The higher the frequency of violent games indicated lower emotions of social skill both when all is said in done and concerning making close companions. Students who played more aggressive games also showed a more negative attitude towards school and the people there.

Common symptoms of ADHD include:

When kids (bache) see images in front of them change within seconds, they get used to it. It is convenient to change the surroundings, the weather and the game as per their own choice. This kind of ease doesn’t let them focus. As it’s not possible in the real world to change things within seconds as per your need, these kids become aggressive and hyperactive.

As mentioned above, these kids lose focus fast due to ADHD, and studies require focus and dedication. Activities such as listening to a 45 minute lecture, doing homework, reading books, understanding concepts require focus and patience. These are the two main things those who are addicted to video games lack. Video games effect studies as the child is unable to concentrate on words and sentences.

How to Control Video Gaming in Your Child

Video game rehabs function like rehabilitation for other addictions. That includes withdrawal, one-to-one sessions, family sessions, group therapies, etc. Psycho therapist attempt to help the addict understand how gaming is related to their school or job, emotions and moods, and sense of life goals and rewards. Cognitive therapy is considered to be the most effective. In this therapy the addict is taught to replace thoughts regarding games with healthier thoughts. This therapy includes setting goals, and then learning to overcome the thinking that triggers thoughts of gaming.

As parents it’s your duty to keep an eye on your child. The world will do what advantages them. The residential feature amusement industry gets almost $12 billion a year. The corporations will continue making games with better storylines and graphics, they will keep telling you these games will make your child smart, the reality is however very bitter. You as parents need to understand what is good for your child, if not now then when? Give your child the time he needs. Give him the attention so he doesn’t fill the space with virtual reality.