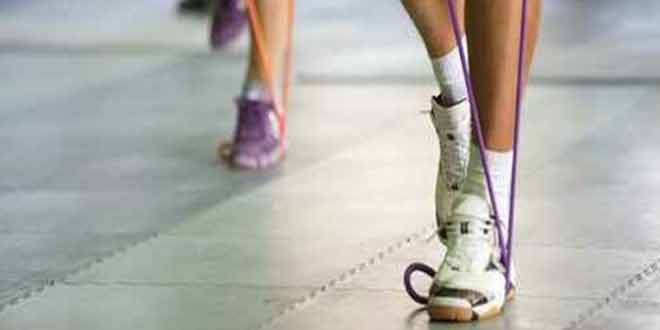 To help protect our brains against cognitive aging, it is better to have strong, muscular legs, finds a new UK study.

Gym exercises, running and walking all boost leg power, which in turn improves the brain’s ability to age.

Researchers at Kings College London in the UK came to that conclusion after a 10-year study (1999-2009) of 324 healthy female twins, with an average age of 55, from the national TwinsUK volunteer registry.

The researchers decided to use identical twins for this study because their genetic makeup is the same and cannot be changed over time.

At the beginning and the end of the study, the team measured various indicators of cognitive capacity, learning and memory, adjusting for factors shared by twins.

Their findings, which were published in the November 10 edition of the journal Gerontology, showed that leg power is a better predictor of cognitive changes than any other lifestyle-related factors that have been studied.

The researchers noted that the twins with more leg power at the beginning of the study remained in better cognitive health and had less cerebral changes caused by aging after 10 years.

“It’s compelling to see such differences in cognition and brain structure in identical twins, who had different leg power ten years before,” said Dr. Claire Steves, the study’s main author. “It suggests that simple lifestyle changes to boost our physical activity may help to keep us both mentally and physically healthy.”

Previous research undertaken on animals has shown the beneficial effects of physical activity on the aging brain, as muscular exercise leads to the release of a hormone that helps with the growth of nerve cells.

But this study is the first to prove a link between the power (strength and speed) of the lower limbs and cognitive changes in healthy people.

The researchers pointed out that our legs contain the biggest muscles in the body. It is very easy to work these muscles through various sports and even simple daily activities such as standing and walking.

Other research is needed, particularly to better understand the mechanisms behind this association. The mechanisms could involve other factors such as age-related changes in immune function, blood circulation or nerve signaling.