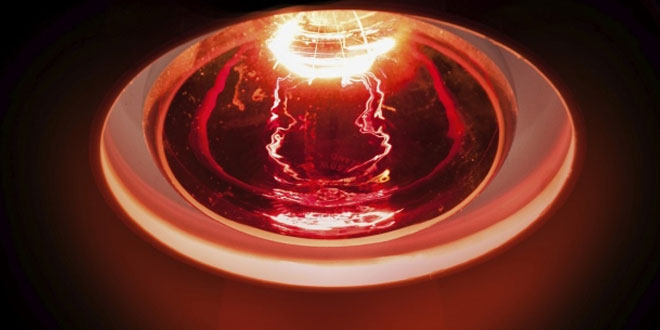 American researchers have found that exposing skin to heat from infrared lamps can mimic the effect of antidepressants by stimulating the production of serotonin, the hormone linked to mood regulation. The findings were published in the journal Jama Psychiatry.

Researchers from the University of Wisconsin-Madison in the USA saw a clear improvement in the mental health of patients suffering from depression when they were exposed to heat from infrared lamps. This could help explain the natural antidepressant effects of the sun.

After raising patients’ body temperature through hyperthermia treatment, 40 per cent of volunteers met the criteria for remission of depression after just one session. What’s more, the effect appears to be durable, since the patients still reported feeling better six weeks after treatment.

The scientists studied 338 depressed volunteers scored on the Hamilton Depression Rating Scale (HDRS). A score of 0 to 7 is considered normal, 8 to 13 indicates mild depression, 14 to 18 equates to moderate depression and 19 or over indicates severe depression.

The researchers put patients in a hyperthermia device using infrared lamps to heat their chest and legs. After 1.5 hours of exposure, their body temperature rose to 38.5°C, mimicking a mild fever.

Among the volunteers, 14 were given a “sham” treatment with only a very low level of heat. The scientists used fans and lights to make patients believe their body was being exposed to the same kind of heat as other volunteers.

One week after receiving the real treatment, the 34 most severely depressed volunteers’ depression scores improved by an average 5.67 points more than those of the “sham” group. The average difference was 4.83 points six weeks after treatment.

The researchers think that using heat to stimulate skin activates serotonin-producing cells, which then bring about a change in how the brain functions. In other words, heat absorbed through the skin makes the brain happier.

The study was presented May 16, at the 2016 Meeting of the Society of Biological Psychiatry in Atlanta, USA.

You Can’t Eat Away Depression, Because Depression Eats You Away

8 things people with depression want their friends to know