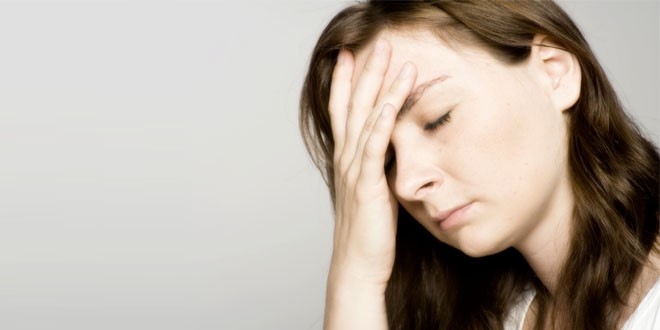 The issue of migraine headaches

Migraines are severe headaches usually affecting one side of the head; however, about one third of migraine attacks affect both sides of the head. They are generally throbbing or pulsating in sensation. Migraine headaches are usually associated with nausea, vomiting and extreme sensitivity to light and sound.

Being twice as common in females as compared to males, they usually occur between the ages of 25-55 years. A migraine attack lasts anywhere between four to seventy two hours but can persist even longer. In some patients, migraine attack is preceded by warning signs before the pain begins. These physiological warning signs are called “aura” and include visual and sensory changes such as seeing flashing lights, blind spots, tingling sensation in an arm or leg, stiffness in neck or limbs etc. Migraine is hereditary; those who suffer from migraine attacks usually have a positive family history of migraines.

The exact cause of migraines remains unknown. Migraine was previously considered to be caused by constriction followed by dilatation of blood vessels around the brain; however, recent studies have shown that migraine is caused by fluctuation in neuro-chemicals and abnormal activity in specific regions of the brain.

Emotional stress is one of the most common migraine triggers. Stressful events usually cause fight or flight response in the body, releasing certain chemicals in the brain that provoke vascular changes causing migraine attacks. Other emotions associated with stress such as anxiety, excitement and fatigue can intensify migraine attacks by further dilating blood vessels and increasing the muscle tone.

Fluctuation in estrogen hormone also seems to trigger migraine attacks, with most women reporting an attack just before their menstrual period – when there is a major drop in estrogen. This is also called Premenstrual Migraine. Women also tend to develop migraine during pregnancy or during menopause. Oral contraceptives and hormone replacement therapy have known to worsen migraine attacks. Other factors include food choices such as salty foods or processed foods, increased caffeine intake, alcohol, skipping meals or fasting, lack of sleep, physical exertion and changes in weather can also trigger migraine attacks.

There is no lab test or imaging technique to diagnose migraine. Diagnosis is made on the basis of detailed medical history and physical exam. If necessary, tests can be performed to rule out other conditions causing headache.

Migraine headaches are not curable, however, many medications are available to treat and prevent these attacks. Over-the-counter painkillers work for some people with migraine and include ibuprofen, asprin or paracetamol. Overuse of painkillers in itself contributes to headaches; therefore, for those taking over-the-counter painkillers more than three times a week, it is best to see the doctor and get prescription medication.

For those who do not respond to painkillers, the physician may recommend a type of medication called Triptans. Triptans are not ordinary painkillers, they work by interfering with the brain chemical called 5HT (serotonin). An alteration in this chemical is thought to be involved in migraine. Triptans are generally very effective in treating migraine attacks; they significantly reduce pain within two hours of the attack and they also help with other symptoms of migraine like nausea, vomiting and sensitivity to light and noise.

Someone who suffers from frequent migraine attacks (more than two attacks in a month) may benefit from medication known to prevent migraine attacks from occurring. These medications include beta blockers, anti-epileptics or anti-depressants. The frequency and severity of attacks lessens after taking preventative medication. It is also useful to maintain a migraine diary, which helps to establish clear pattern of the attack. It records the severity, duration, triggers and how well the medication is working.

Other methods of prevention include Biofeedback training, which helps a person to recognize stressful situations that trigger migraine attacks and then learning the techniques to control the attack before it becomes full blown. Daily exercise, balanced diet, meditation, restful sleep, stress management and relaxation techniques are also some of the ways to prevent or reduce migraine attacks.

About the author: Dr Nida Rahman Khan is a graduate of Dow Medical College and she is currently pursuing USMLEs to get residency for psychiatry in the US.