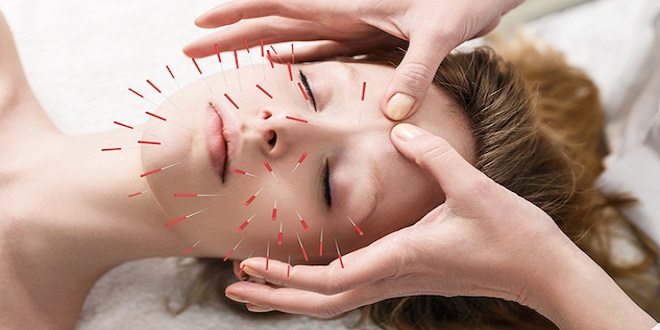 The History Of Acupuncture

Acupuncture has been one of the oldest forms of alternative medicine known to man, as well as an essential element of the traditional Chinese Medicine. The first historical mentions of an organized form of acupuncture date way back to 100 B.C. and are heavily related to the Taoist principles and philosophy.  Since neither the theory of nor its practical side are based on actual scientific knowledge, acupuncture remains a pseudoscience, consisting in the practice of inserting thin needles into the human body. While its first applicable format has been complied and elaborated in ancient China, specialists agree that acupuncture practices are much older than that, possibly dating approximately 10.000 years. At first, the origin of the practice was believed to be China and India, yet more recent archeological findings place it in Europe, as 15 groups of tattoos have been spotted on the mummified body of Otzi The Iceman, which is 5000 years old. The position of most of these tattoos coincide with essential points in acupuncture, correspondent to lower back and abdominal problems treatment areas. In addition to this, several pictographs and hieroglyphs dating 600 B.C., discovered by historians Gwi-djen and Needham in China, seem to suggest early stages of moxibustion and acupuncture cultures. Specialists agree that the probability of acupuncture being carried out by needles at that time is extremely low, and suggest tin, gold or silver as possible alternative materials before steel. Nevertheless, its true formation and development have started in China by the second half of the first century A.C. By those times, several different forms and systems of acupuncture co-existed, Those who have begun practicing it have also propagated the idea that the hours of day, seasons and lunar cycles were in direct correlation and extremely important for the efficiency of the practice. Other theories were connecting this practice with certain chemical elements or astral phenomenon. After the 1st Century A.C., several acupuncture experts have begun centralizing the essential aspects of the practice, also publishing a series of handbooks in this regards. As the paper and print knowledge evolved in China, this alternative medicine became more popular, while reaching a more compact and more precise form. From that point on and for quite a long time, acupuncture represented one of the main forms of therapy for physical pains, as well as a few other related affections.

The Decline And Late Comeback Of Acupuncture

With the development of Internet along with such websites as https://vogueplay.com/br/ medicine and technology have constantly advanced from that point on, and by the end of the Song Dynasty in 1279 A.C., acupuncture has started to lose ground in the general acceptance of the public. Mostly associated with less exact practices such as thermo-puncture or alchemy, this practice was considered a less prestigious and form of treatment. Inclining towards newer and more rationalized standards in medicine, people became more and more convinced that this traditional form of therapy was only an ambiguous ritual of the past.

Much later on, in 1949, when Mao Zedong started to unite China underlining the extreme importance of cultural values and traditions, acupuncture started to regain its long lost appreciation and popularity.

Nowadays, millions of acupuncture treatments are being held on a yearly basis, with predilection in places like the UK or Australia, as well as Germany. As long as those who practice it are highly trained, and the procedure follows safety sterile measures, the possibility of adverse reactions is extremely low while the positive effects on the human body are noticeable.