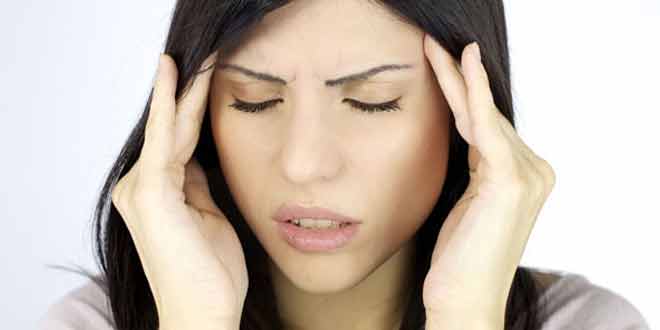 Everything You Need to Know About Migraines

Migraines are pulsating headaches often on one side of the head that are aggravated by specific environmental stimuli such as bright lights, loud noises, specific scents, random flavors and even certain foods. Being a ‘migraine-ee’ myself I have to say it is one of the most the unpleasant experiences I have had to endure in my 21 years of living and is a close second to child birth on the pain scale (I’m assuming, of course). Personally, my migraine appear every two months. However, the amount of pain that it causes resonates in my head for a week leaving me absolutely weak and useless to do anything.

Migraine symptoms include a pounding headache, nausea, vomiting, and light sensitivity. Migraine is three times more common in women than in men. The reason for this is the hormonal changes. Fluctuations in estrogen seem to trigger headaches in many women with known migraines. Although much about the cause of migraines isn’t understood, genetics and environmental factors appear to play a role. One of the most common reasons for a migraine is the chemical imbalance in the brain stem. Serotonin-a chemical that controls the brain cells related to mood- drops during migraine attacks. This may cause your nervous system to release substances called neuropeptides, which travel to your brain’s outer covering (meninges). The result is headache pain.

Whatever the reason maybe, there are a number of things that can trigger a migraine headache. A list of possible triggers include:

It is important to know however, that triggers do not always cause migraines and avoiding triggers does not always prevent migraines. Currently there is no cure for migraines but treatment is aimed at preventing full blown attacks. Getting enough sleep, reducing stress, drinking plenty of water, avoiding certain foods, regular physical exercise are some of the few lifestyle modifications that can help with prevention.

Dr. Madiha Sadie from Ziauddin University says, ‘ In order to take control of your migraines, you should always keep track of your activities prior to an attack as one of those maybe a trigger to you and avoid them in the future.’

Many other prescription drugs are available that are painkillers. They work by either blocking the release of serotonin in the brain or blocking its effects. Some drugs numb the brain stem to pain causing agents. Anti depressants are also used to combat migraine attacks.

In the last decade, innovative approaches to the treatment of migraine have been developed. Botulinum toxin (Botox) injection and surgical decompression of the nerves have been shown to reduce or eliminate migraines in patients.