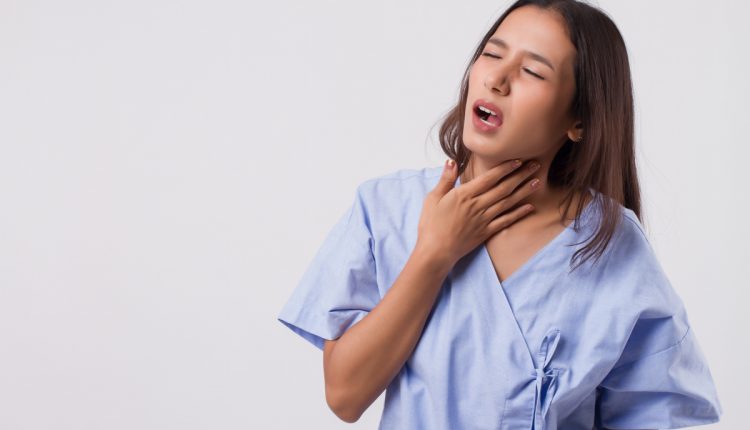 6 Simple Ways To Get Rid Of A Sore Throat

The Magic of A Good Night’s Sleep

Sore throats, especially in winters are very common and usually go away within a week. Getting a good night’s sleep is great for your immune system and helps the body fight infection. The NHS advises those with a sore throat to stay away from hot drinks and to stay hydrated. Sucking on ice cubes, ice lollies or hard sweets can help soothe the inflammation.

If you have a sore throat accompanied by bodyache or any other kind of discomfort, it is okay to take paracetamol or ibuprofen. You can also medicated sore-throat lozenges and anaesthetic sprays available over the counter that claim to target pain in the throat with anti-inflammatories.

The NHS England cautions however that “there’s little proof they help”, but a 2011 study on two different kinds of medicated lozenge found they brought relief and eased soreness and difficulty swallowing within minutes; effects lasted up to two hours post-dose.

The age old method of gargling may actually be the step in the right direction as it really helps in reducing inflammation (It is not recommended for children.)

Dissolve half a teaspoon of salt in a glass of room temperature water; gargle with the solution, then spit it out. Repeat as necessary. It is an inexpensive yet super effective method to soothe an irritated and inflamed throat.

US researchers reported in 2013 that, from 1997 to 2010, about 60% of patients with sore throats were prescribed anti-biotics, even though only about 10% needed them. Viral sore throats are accompanied by other cold symptoms that may include a runny nose, cough, red or watery eyes, and sneezing.

Streptococcal pharyngitis, “strep throat”, a bacterial infection has similar symptoms, but likely to be more severe, and possibly accompanied by a high temperature or feeling hot and shivery.

Beware of Irritants in your Environment

First off, you need to know that smoking cigarettes can cause a sore throat by irritating the windpipe. Smoking also lowers immunity, which can lead to recurring viral and bacterial infections, and weakens/irritates the lower oesophageal sphincter between the stomach and oesophagus (or food pipe), causing acid reflux from the stomach, which can irritate the throat.

Other possible causes of a sore throat include pollution or irritants in the air, allergies, dry air, and sudden changes in temperature, such as going from a warm office to the icy outdoors.

Believe it or not you can prevent sore throats by eating a healthy balanced diet and by having a flu jab, according to Abraham Khodadi, a prescribing pharmacist. He also said that this should also alleviate the need for supplements in otherwise healthy people – although Public Health England has suggested taking a daily vitamin D supplement in winter, which may help to boost immunity.

Also Read: Throat Infection: Foods To Eat And Not To Eat

Also Read: Ease Your Flu Miseries With These 7 Health Hacks