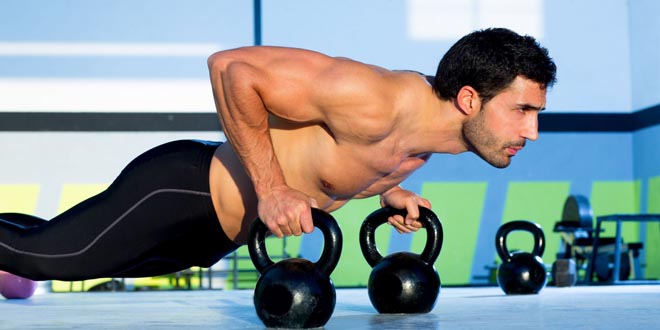 As a medical student, I have learnt a lot of things about muscles physiology and they have helped me extensively in planning out my workouts.

Even if you are not a medical student, you should know these terms, understand their meaning and use them to improve your progress in gym.

Delayed onset of muscles soreness, otherwise known as DOMS, is a term we use in physiology when muscles are sore 24 to 48 hours after doing some heavy work as opposed to acute muscle soreness which occurs right after a workout. DOMS is not a very uncommon phenomenon among body builders. You must have experienced it too few days, after an intense workout.

The soreness is due to the micro damage done to muscle fibers and not due to lactic acid buildup as suggested previously. It is, however, a good sign to some extent. Muscles soreness means the muscles are damaged which is a stimulant for it to grow and repair into bigger and stronger muscles fibers. However, experiencing DOMS after every workout is bad; it shows that your muscles worked more than their comfort zone. When you are so sore that you are unable to move the muscles normally, it is a red sign as it significantly hinders subsequent workouts.

To ensure recovery, make sure to give muscles some rest and get ample sleep. While the pain usually subsides after about 48 to 72 hours, steps can be taken for quicker recovery which includes consumption of protein casein (best source includes milk), consumption of creatine, hot baths and massages. However, warming up and stretching has no effect on DOMS.

As mentioned earlier, when we lift weights, we cause micro damage to the muscle fibers. This stimulates repair and the new fiber is bigger and stronger than it was before as a natural adaptation by the body. So hypertrophy is muscles growth. There are many factors that can induce hypertrophy, most important of which brings us to our next term.

This can be achieved in a number of ways. One way is to perform the exercise slowly and steadily, not ignoring the eccentrics (discussed later). Count the seconds you lift the weight up and the time you take to bring it back down to the starting position. The ideal time for hypertrophy is to take two seconds to lift up the weight and two seconds to bring it back to the starting position. Don’t spend too much time on the easier portion of an exercise, for instance the starting position of a barbell curl or the top position of bench press. Isolate the muscle of interest and don’t use any other muscles to lift the weight, do not cheat and maintain the perfect form throughout the set. Another way is to increase the weight. You can even use drop sets if necessary.

Range of motion (ROM) is the full movement of joints till their maximum extension and flexion. It is crucial for hypertrophy as well as muscles flexibility. Working out through full range of motion helps burn extra calories, increases TUT, makes the muscle work through the entire concentric and eccentric portions and as your muscles get to work more, it improves the overall efficiency of your workout and result in more muscle gain.

Eccentric, in context of muscle building, refers to the negative portion of a lift, the portion when you bring down the weight back to the starting position. During the eccentric movement the muscle is elongating instead of contracting which is mostly why it is not given much attention and the weight is lowered by the help of gravity. However, it is research proven that paying attention to the eccentrics by lowering the weight slowly increases the time under tension, causes more muscle damage and brings about hypertrophy.

As opposed to hypertrophy, atrophy is the wasting away of a cell. In muscles, the wasting is mostly due to decreased use of muscle – especially the hypertrophied muscle, which, due to heavy lifting, regresses to its normal size in a very short period of time. Due to this, it is said that once you start body building, you have to continue it throughout your life. It is true to some extent if you want to maintain your muscle mass. However, if due to some reason you cannot workout for three months at a stretch, it is advised to maintain the protein intake and sneak a bit of workout just to pump the muscles once a week.

Not many people are aware of this term, due to which they only see progress for a first few months and after that their muscles just stop responding. When a workout doesn’t have the same effect on muscles growth as it used to be, you have reached a plateau. A plateau is when muscles gets used to a particular exercise and this exercise just isn’t enough to stimulate to cause significant hypertrophy.

So, in simple words, if you keep on doing the same routine and exercises in same order and using the same grip, your muscles are going to get used to it and stop growing further. To overcome a plateau, small tweaks in your routine can do wonders. Something as simple as changing the order of exercise can help overcome plateau. More details about plateau will be in our upcoming articles.