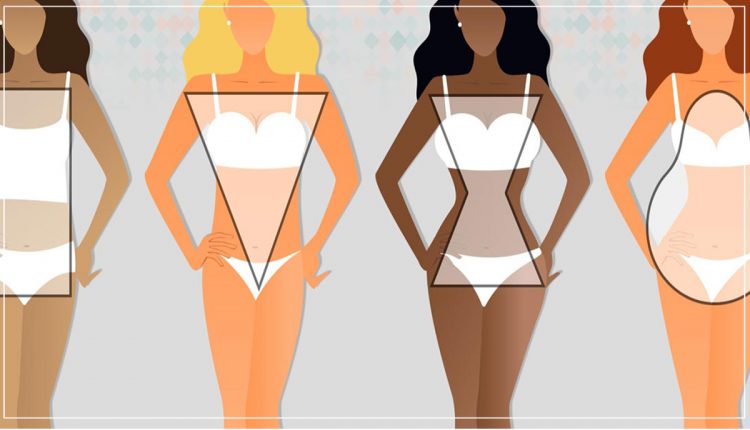 Size Does Not Define Beauty

Mirror, mirror, on the wall, who’s the fairest of them all? Asked the evil stepmom of Snow White in the mystical fairy tale. The wicked old lady was obsessed with her attractiveness and wanted to be the most beautiful in the land. If such a tale was written today, the mantra would have a long list of checkboxes to mark, after all, aren’t girls supposed to fit a preconceived notion of beauty?

This may feel like an understatement as the reality is uglier than an imaginative facade. We live in a world that scrutinizes and labels a woman’s body, period. More or less every woman and many men have heard comments which made them feel uncomfortable, unworthy or undesirable based on their physical attributes. This body shaming includes everything from your height, weight, and skin color to the shape and size of your nose, eyes, and lips. Tall, dark, and handsome has been redefined for men as fairer skin tones are more in demand. However, like always the society is partial toward imposing their beliefs on men.

Interestingly, our current beauty ideal for women is this weird combination of the skinny-but-curvy model. It is an ironic mix of fat shaming and skinny shaming, where a slim girl is supposed to have fat, but only in the right places. We are taught to believe in the mythical woman who is sweet, caring, and respectable and at the same time beautiful to perfection. Traditional mass mediums, such as TV and films have blatantly added fuel to the fire. Take a moment and see all the local content where the target of a joke is always a plump lady or a short bald man. A girl is repetitively neglected or ill-treated (mind you, by her own mother or another woman in the house) because she isn’t fair or slender enough for good suitors. A successful and bright woman is not eligible because she doesn’t fit the (beauty) bill. Why can’t we have more powerful characters like Kashaf (in Zindagi Gulzar Hai) who are nonconforming aesthetically yet powerful in personality? There is a lot more to a person than appearance and looks.

Furthermore, either the actors preferred for villainous roles – be it male or female – have stereotypical looks or we have a shortage of creative characters. Ahsan Khan delivered a stellar performance as Imtiaz in Udaari, which is a downright evil character. We desperately need a cloudburst, but all we are getting is a drizzle.

Digital media has opened more avenues for viewers, making content the king. This is the reason why a film like Dum Laga Ke Haisha made headlines for all the right reasons. An industry like Bollywood, so driven by glamour and commercialism made (a) a film with a fat female lead: Bhumi Pednekar, (b) without shaming her or using her for comic relief (c) cast a young well-known (good looking) actor – Ayushmann Khurrana – as her husband. The movie realistically explores how Ayushmann grapples with the fact that her wife isn’t anything like his dream girl while an educated but chubby Bhumi struggles with an arranged marriage. It shows an overweight female character is as humane and normal as any other. To this date, this name-calling is very prevalent in the glam circles, on-screen and off-screen; take Vidya Balan, Richa Chadda or Huma Qureshi for instance. Both have been ruthlessly bullied about their bodies, but there isn’t a hint of doubt about their acting prowess.

As a thin person frequently discussing healthy body ideals, I have been defending that body shaming isn’t limited to fat people. Opponents believe that skinny shaming doesn’t exist and its ‘thin privilege’ as everything is designed for lean physiques whereas fat people have to struggle constantly. Of course, thin people never think twice about whether they will be able to sit in an airplane seat. However, any visit to their doctor leads to an automatic assumption that their ailment is a result of a (non-existing) diet. One may suppose that slim models are the zenith of what society deems as desirous; news flash, all of them have been bullied and called skeletons too. If not equally unsettling to some, skinny shaming is inappropriate and degrading likewise. The cause and effect of both is hypocrisy and making someone uncomfortable in their being. The privilege, earlier mentioned, belongs to the mindsets that propagate and accept only their kind of ‘average person’ while everyone else is accommodated.

A few years ago, Zainab Chughtai, a criminal lawyer and a social activist in Pakistan, spoke about body shaming and bullying through a YouTube video which later went viral on social media. Shortly after, many women voiced their opinions about the incessant scrutiny and insults they have faced since childhood about their looks. Zainab started ‘Bully Proof,’ a campaign aimed to reach out to young girls in the schools of Lahore. They show presentations to teach these kids that this mistreatment is wrong and they should love and respect their bodies.

A Global Girls Beauty and Confidence Report published by Dove last year evaluated 5,165 girls between the age group of 10 to 17 across 14 countries and the findings are disturbing. The report states that over 54% of girls do not have high body esteem and thus are missing out on key opportunities in life.

According to Phillippa Diedrichs, an Associate Professor from the Centre for Appearance Research, the University of the West of England, these findings conclude that body image issues are a global concern for girls. She suggests that we have a long way to go and gigantic efforts are needed to help girls develop the strength they need to triumph over the brunt of aesthetic pressures. Diedrichs believes that change in social and cultural milieu is necessary so that these young minds are not weighed up on their appearances and held back from deserving a seat at whatever forum they want – be it in the boardroom or in parliament.

That’s not all; a single post on a women-centric community group on Facebook will have at least 150-200 comments talking about how they have been or still are a victim of this abuse. School-going kids as young as 10 feel pressurized to look a certain way, and this puts them at risk of developing health problems.

Despite these alarming statistics, women are driven to break these body norms. They want media to portray a diverse range of physical appearances, sizes, shapes, ages, and races in print and electronic content. Accept that beauty is imperfection because given a chance; everyone could come up with something that they would want to change. Remember that this deeply rooted stigma is sponsored and supported by everyone. There is a bully in every home, a savage remark on every tongue – and so the system we all live inside is corrupt. It’s no one’s fault, yet it is everyone’s responsibility. A perfect self is not an attractive, unbeaten, slim, socially aware, and extroverted individual anymore. It is you, and it is me.

What Your Palm Lines Tell About Your Personality